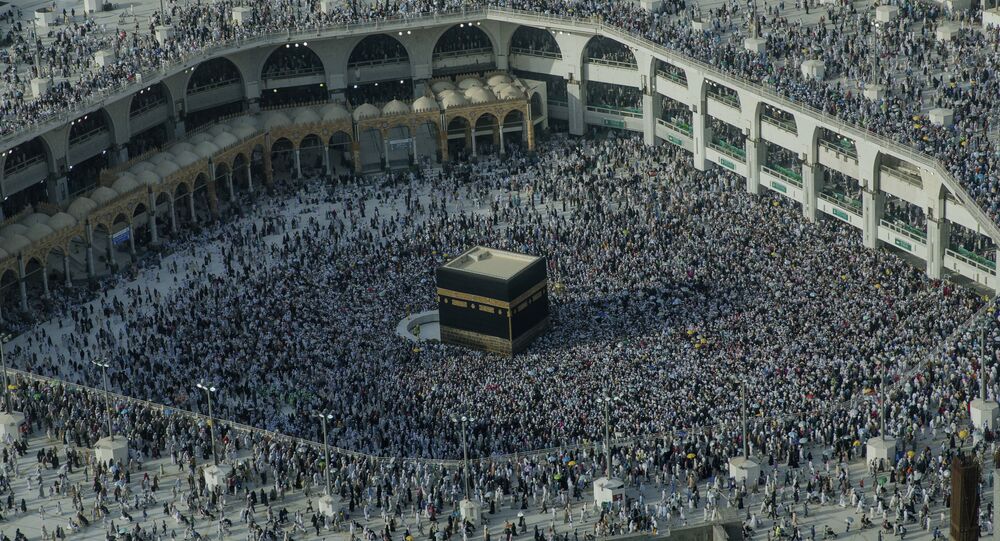 New Delhi (Sputnik): Passengers and politicians have objected to pilgrimages to Mecca and Jerusalem being advertised on bus tickets issued for travel to a Hindu temple town in southern India.

The passengers informed the APSRTC regional manager who said the tickets had been wrongly issued.

BJP Andhra Pradesh co in-charge Sunil Deodhar:Printing of Jerusalem ad at back of Tirupati Bus Sewa ticket is unacceptable to secular ppl. If this appeasement policies of Jagan Govt for Christians continues, time isn't far when ppl of Andhra will send CM&his family to Jerusalem pic.twitter.com/iShi6gkSnc

​“Promoting one particular religion on a bus ticket to Tirupati is highly objectionable. This must come to an end," the BJP leader added.

A section of social media joined the criticism, claiming the adverts were offensive to Hindus.

Not acceptable for Hindus

Look into this... The Tenders which was given at the time of TDP Govt! pic.twitter.com/xThiAE3lmF

Others said it seemed an honest mistake by the state administration and there was no need for it to be turned into a controversy.

Not the #Jagan govt...the contract finalized by then govt...plz don't misinterpret without knowing the reality

I thought BJP and Jagan were in love pic.twitter.com/CVv7kl7UTy

​A senior official also played down the issue, saying the state transport authority was looking into the matter.

"It is an advertisement of the government issued by the minorities department," he was quoted as saying.

The opposition BJP has been stepping up political attacks on Jaganmohan Reddy since he became chief minister of Andhra Pradesh in May.