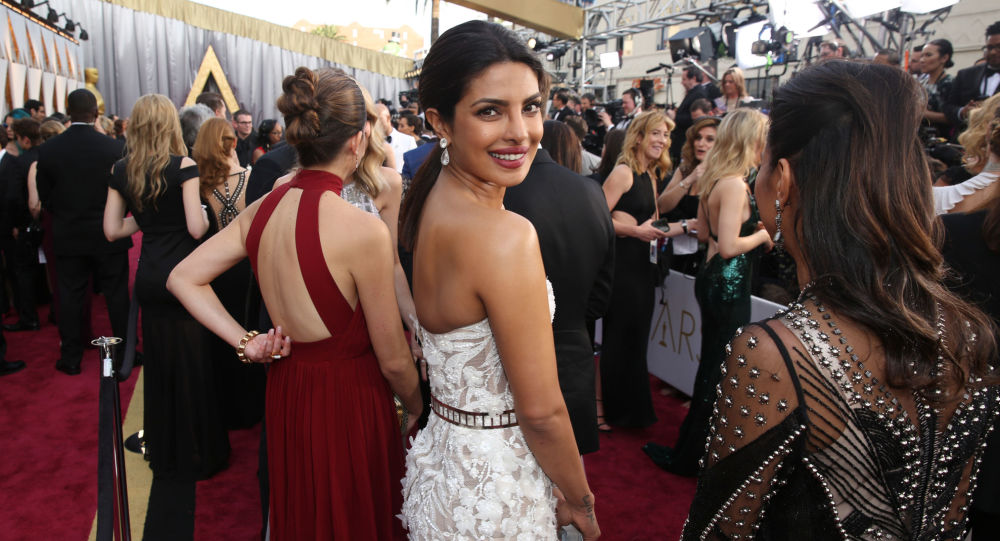 New Delhi (Sputnik): The UN has stated that superstar Priyanka Chopra retains the right to express her personal views amid Pakistani officials' calls on UNICEF to drop her status as a goodwill ambassador over a tweet supporting the Indian army.

When Unicef Goodwill Ambassadors “speak in their personal capacity, they retain the right to speak about issues that interest or concern them,” the UN Secretary-General’s spokesman Stephane Dujarric said at a daily briefing.

“Their personal views or actions do not necessarily reflect those of Unicef,” he added. “When they speak on behalf of the UNICEF, we expect them to adhere to UNICEF’s evidence-based impartial positions.”

“The UNICEF Goodwill Ambassadors are prominent individuals who have agreed to generously volunteer their time and their public profile to promote children’s rights.”

The statement from UN Secretary-General Antonio Guterres’ spokesperson came on Thursday in response to Pakistani ministers and actors demanding the removal of Priyanka Chopra from her position as UN Goodwill Ambassador.

Indian-American actress Priyanka Chopra, who was facing a barrage of criticism for supporting the Indian armed forces in a tweet, came under fire after a petition calling for her dismissal from the UN ambassadorship generated thousands of signatures from supporters of Pakistan.

Pakistani Minister Shireen Mazari and actress Armeena Khan had ramped up the rhetoric, accusing Bollywood actress Priyanka Chopra of “jingoism” and “supporting nuclear war” in their letter to Unicef and demanded her dismissal from the post of UN Goodwill Ambassador.

Known for her activism for women and child-related issues, Priyanka was recently heckled by a Pakistani woman at Beautycon Los Angeles on 10 August.

The Pakistani woman accused her of encouraging war over Priyanka’s tweet in which she expressed her support for the Indian Armed Forces, the same day India carried out airstrikes on terrorist camp inside Pakistan and Priyanka tweeted: “Jai Hind (Long live India) #IndianArmedForces”.

Various eminent personalities from India, including Javed Akhtar, Ayushman Khurana, and Kangana Ranaut, came out in support of the actress, calling her support for India security forces a matter of her "personal choice".