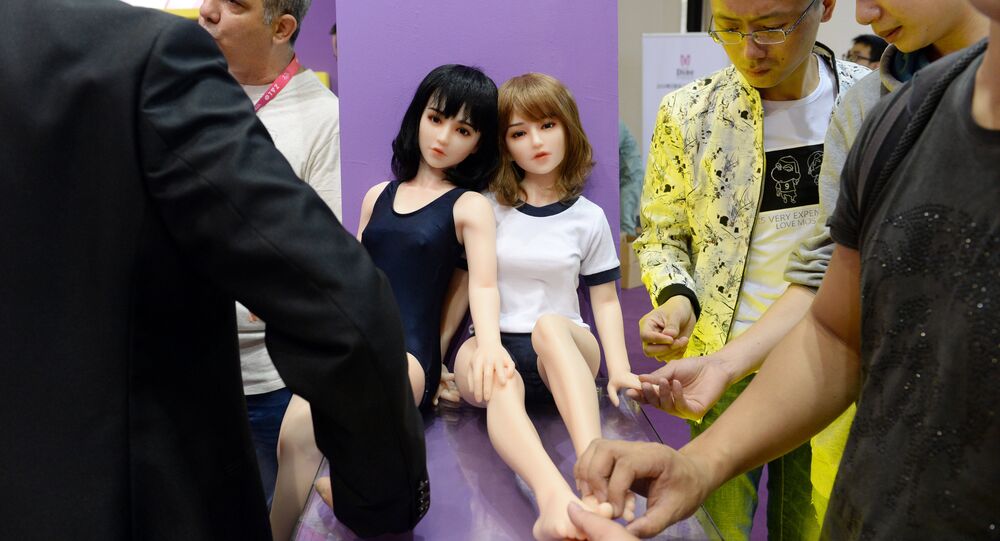 “All men would prefer to spend their life with dolls” if the latter were capable of moving and speaking like humans, the sex doll collection owner speculated.

A rising number of people around the world are turning to artificial friends in order to alleviate their loneliness. Zhenguo Yu a businessman from a small town in southwest China, appears to be one such person as he, a divorcee, lives with his teenage son and some 11 sex dolls.

"Whenever I order custom-made dresses for them, the tailors think I'm joking because the measurements are far from the normal size of a human," he remarked, as quoted by Quartz. "Nobody has such big boobs and a small waist."

Yu’s reputation among other sex doll owners in China is one of the reasons he ended up with such sizeable collection, as some people asked him to "adopt" their dolls when they got married, the media outlet claims.

And it seems that now, years after "his last breakup with an actual woman", Yu seems content to let the dolls keep him company, in light of his apparent lack of success in romantic relationships.

"If dolls can speak and move just like humans, I bet all men would prefer to spend their life with dolls," he mused, estimating that the number of sex doll owners in China is "at least in six digits".

Earlier this month, a Chinese-based company announced the launch of a new AI-controlled sex robot capable of providing its owner with a wide range of services and holding its own in a conversation.

Not everyone seems thrilled with this trend, however, and over 230,000 people in South Korea recently signed a petition calling for a ban on life-size sex doll imports to the country,  alleging that it could lead to a rise in sex crimes.