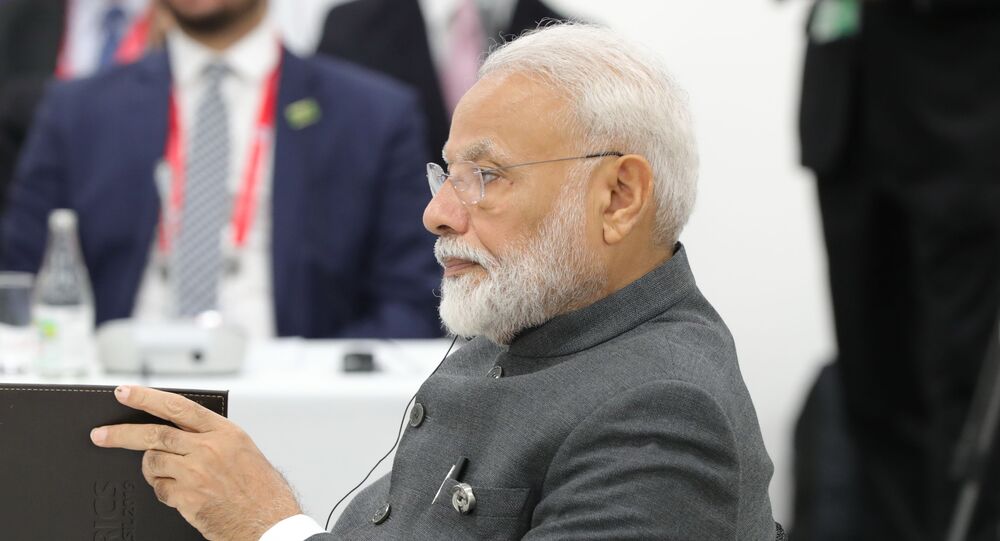 The request from British Parliamentarian Naz Shah came in the wake of the Indian government's recent decision to revoke the decades-old special status for Jammu and Kashmir State, granted under the Constitution of India, and the intention to split the state into two federally administered territories - Jammu and Kashmir, and Ladakh.

In a letter addressed to the Abu Dhabi Crown Prince, who is also Deputy Supreme Commander of the UAE Armed Forces, Shah requested a reconsideration of the UAE’s decision because Indian Prime Minister Modi is “illegally removing the sovereignty of the Kashmiri people in Indian occupied Kashmir”.

Yesterday I wrote to Sheikh Mohamed bin Zayed, Crown Prince of Abu Dhabi urging him to reconsider giving an award to Prime Minister Modi, whilst the people of Kashmir suffer at his hands. #WeStandWithKashmir pic.twitter.com/5wpoPGUDT2

"I write to you not only as British Parliamentarian representing a constituency home to thousands of British Kashmiris, but also as British Kashmiri expressing my complete dismay towards the decision made by your (UAE) Government to award Prime Minister Narendra Modi with the ‘Order of Zayed’, your kingdom's highest civilian award," she stated.

“I ask you to question this decision and reconsider giving such an award, not only because the majority of the Kashmiri people share the same faith as you, but because we have a duty as human beings to stand up against the disregard of human rights and evil,” added the British parliamentarian, who is also a Shadow Minister for Women and Equalities.

Indian Prime Minister Modi’s third official visit to UAE will be an important milestone in the bilateral comprehensive strategic partnership, as said by the Indian envoy in the country.

Prime Minister Modi on Thursday left for a three-nation visit to France, the UAE and Bahrain. Ahead of departing for his visit, the prime minister stated that in the UAE, there would be comprehensive talks with the Crown Prince of Abu Dhabi Sheikh Mohammed bin Zayed Al Nahyan. Modi said he looks forward to the joint release of the stamp to commemorate the 150th Birth Anniversary of Mahatma Gandhi along with the Crown Prince.