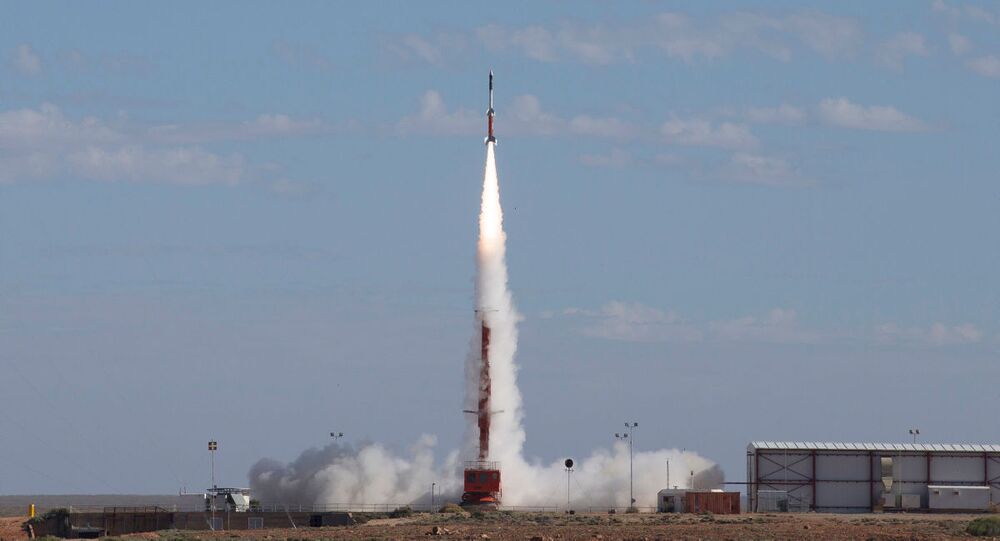 Australian lawmakers flexed their muscles on Tuesday, claiming the right to revoke a Chinese iron mining firm’s right to access its mine, which is located on a South Australian top secret weapons range, “on national security grounds.”

Australian Defense Minister Linda Reynolds said on Tuesday that she could bar CU River Mining from accessing its Cairn Hill iron ore mine inside the Woomera Prohibited Area "in the event of significant national security concerns,” the Sydney Morning Herald reported.

An Australian-registered but Chinese-financed company, CU River bought mining tenements at the Cairn Hill from an Australian company, IMX Resources, in 2014. According to the Herald, CU River has been promised as much as $800 million by Chinese steel giant JiuJiang.

Much of that is for expanding the Cairn Hill mine and developing a new shipping terminal at Port Augusta to carry as much as 15 million tons of iron ore to China per year, starting in 2026.

However, Cairn Hill’s location inside the Royal Australian Air Force’s Woomera Range Complex has raised eyebrows for years. The huge, closed-off area northwest of Adelaide is the country’s highest-security area, where top secret weapons are tested by Canberra and its allies, including the United States, and where Australia often coordinates its contributions to other countries' space programs.

For example, when Japan’s Hayabusa probe returned to Earth in 2010 after visiting the asteroid 25143 Itokawa, it landed at Woomera.

"Given updated assessments of the evolving security environment, my department is examining how to audit and review permits and related processes, including in the Woomera Prohibited Area," Reynolds said Tuesday. Several Australian news sites reported that JiuJiang had recently raised such concerns among Defense and Home Affairs Department analysts.

It’s a step up from the government’s previous stance not to approve expansion of Cairn Hill; however, the Herald noted that CU River hasn’t applied for such an expansion permit yet, either.

In May, Centre Alliance Senator Rex Patrick sought a “comprehensive security review” of CU River Mining’s operation at Woomera, claiming the company has ties to the Chinese Communist Party, representing a security risk at the site.

"The secure physical and electronic environment of the Woomera Prohibited Area must be maintained to the extent possible for Defence testing purposes, including with our allies and international partners,” he said, according to Defence Connect.

However, Patrick was forced to admit Tuesday that fixing the problem means that "[t]he Chinese will be laughing all the way to the bank.”

"It's hard to see how that security problem can be fixed without the Australian Government taking the mine over,” the senator noted. “The Australian constitution requires that the government can only acquire property on 'just terms', so taxpayers will likely pay the price to fix a major national security failure.”