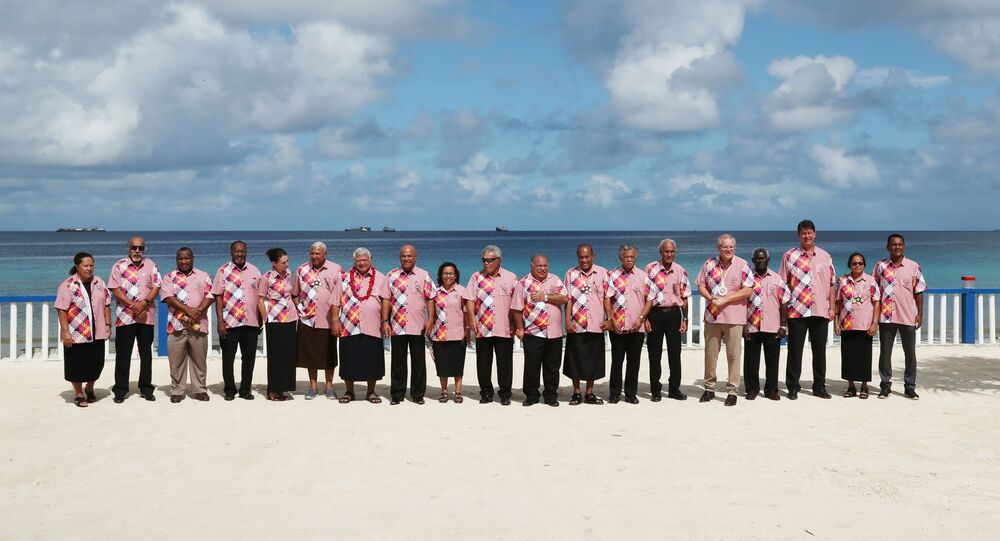 Australia announced a new policy in 2017 called "Pacific step-up" that is aimed at boosting the country's ties with the small island nations in the region, a move reportedly intended to serve as a countermeasure to China's growing influence in the Pacific.

The latest Pacific Islands Forum that recently took place in Tuvalu has resulted in major backlash against one of its participants, Australia, over the country's stance on climate change. Some of the Pacific island states alleged that Canberra doesn't fully realise the challenges that the region faces.

"The spirit of the Pacific way is not understood by these guys, I don't think they understand anything about (it). And if that's the case, what is the point of these guys remaining in the Pacific Island Leaders' Forum?" Tuvaluan Prime Minister Enele Sopoaga said in an interview with Radio New Zealand.

The dispute arose when the countries were negotiating a joint communique with Australia. While supporting the overall goal of stopping climate change, Canberra sought to include less harsh wording in the final document. Australia’s efforts found little support among other members of the Pacific Islands Forum, with Tuvaluan Prime Minister Sopoaga comparing the situation with the colonial era, when colonial powers dictated what the Pacific countries could either discuss or do.

"And I see now after so many years of us coming away to set up the Pacific Island Leaders Forum, we are still seeing reflections and manifestations of this neo-colonialist approach to what the leaders are talking about", Sopoaga said.

The meeting was a major disappointment for Fiji's Prime Minister Frank Bainimarama, who called the move by his Australian counterpart Scott Morrison "very insulting".

"Yesterday was probably one of the most frustrating days I have ever had. I thought Morrison was a good friend of mine; apparently not. […] at one stage, because he was apparently [backed] into a corner by the leaders, [Morrison] came up with how much money Australia have been giving to the Pacific", Bainimarama said following the bloc's meeting.

However, New Zealand's Prime Minister Jacinda Ardern claims that there was no "push back" from Australia regarding the forum's communique, but rather a lack of endorsement from several of the small island nations.

The dispute over pledges to end the use of coal as a source of energy and commitments to cap the temperature rise at 1.5 degrees in the Pacific Islands Forum's communique comes as Austria is implementing its "Pacific step-up" policy, which reportedly seeks to limit China's influence over Pacific states by means of Canberra engaging with them more on climate issues.

In the wake of the conflict, China’s special envoy to the region, Wang Xuefeng, stated that Beijing could come up with its own "step-up" policy, recognising the needs of the Pacific states, which had Canberra failed to.

Stay With Us: Australia Calls for Continued US Involvement in Indo-Pacific

US, Australia to Develop Joint Pacific Naval Base to Counter Chinese Influence