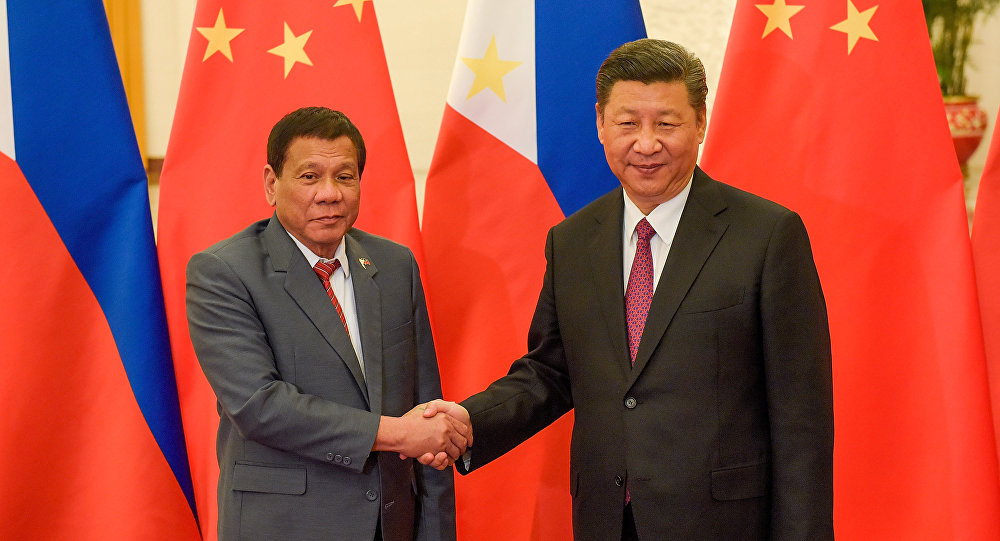 Philippine President Duterte earlier admitted that Beijing controls most of the South China Sea, urging every state, including those outside the region, to avoid creating tensions with Beijing.

Prior to his visit to China this month, Philippine President Rodrigo Duterte stated that he would finally claim his country's rights in the South China Sea in accordance with a 2016 ruling by the Permanent Court of Arbitration in The Hague.

“The arbitral ruling, we will talk about [it] … That’s why I’m going to China", Duterte said during a speech this month at the Filipino-Chinese Chambers of Commerce and Industry in Manila.

The statement was made after weeks of rising bilateral tensions between the two Asian nations as Filipino generals question Duterte's warming relations with its northern neighbour.

Commenting on his approach to China, Duterte has said that he won't risk a no-win conflict with the Asian superpower.

Such an attitude has driven criticism in the Philippines, as according to a June poll, 87 percent of people want the government to raise the issue of the 2016 ruling.

The majority of islands in the South China Sea are controlled by Beijing. Apart from China, territories in the area are also claimed by the Philippines, Brunei, Malaysia, Taiwan, and Vietnam.