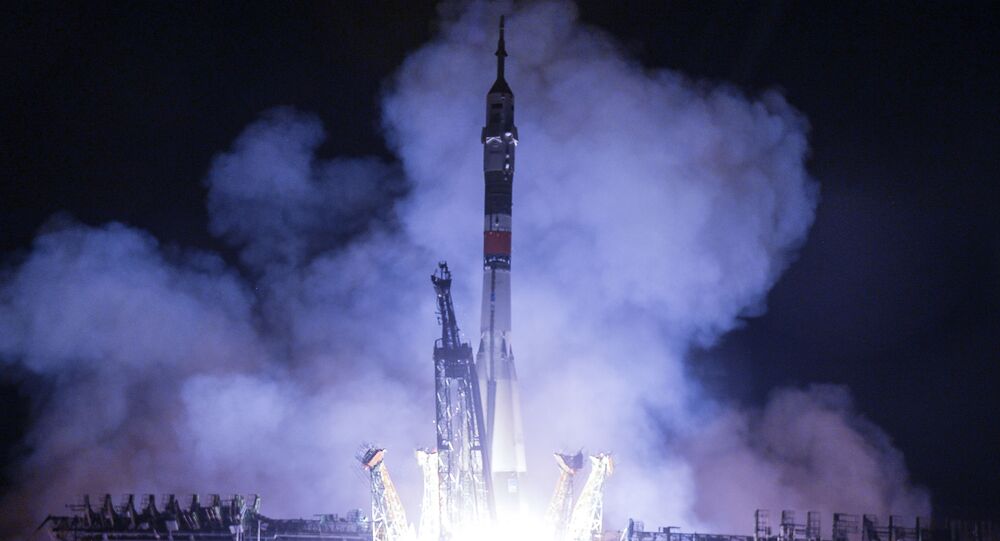 MOSCOW (Sputnik) - A UK firm refused to export carbon fiber to Russia for use in the construction of its only space radio telescope, Spektr-M (Millimetron), after the company was bought out by a US citizen, Deputy Director of the Physical Institute of the Russian Academy of Sciences Larisa Likhacheva told Sputnik on Sunday.

"We have worked with the UK firm since 2012 and it used to sell [the Russian Academy of Sciences] carbon fiber for panels on the Spektr-M observatory's antenna. However, the company was bought out by Americans, who have been writing us 'warm' letters over the past year", Likhacheva said, implying that the new US owners were not open to export its materials to Russia.

The deputy director added that a Japanese company, Sumitomo, was able to replace the UK firm in supplying the essential material needed for the construction of the telescope.

The Russian Academy of Sciences has previously said that the Millimetron telescope would be ready no sooner than 2027.

The Spektr-M telescope, which will operate in the millimeter infrared range, is due to replace and continue work previously carried out by the Spektr-R (RadioAstron) telescope before control over it was lost.