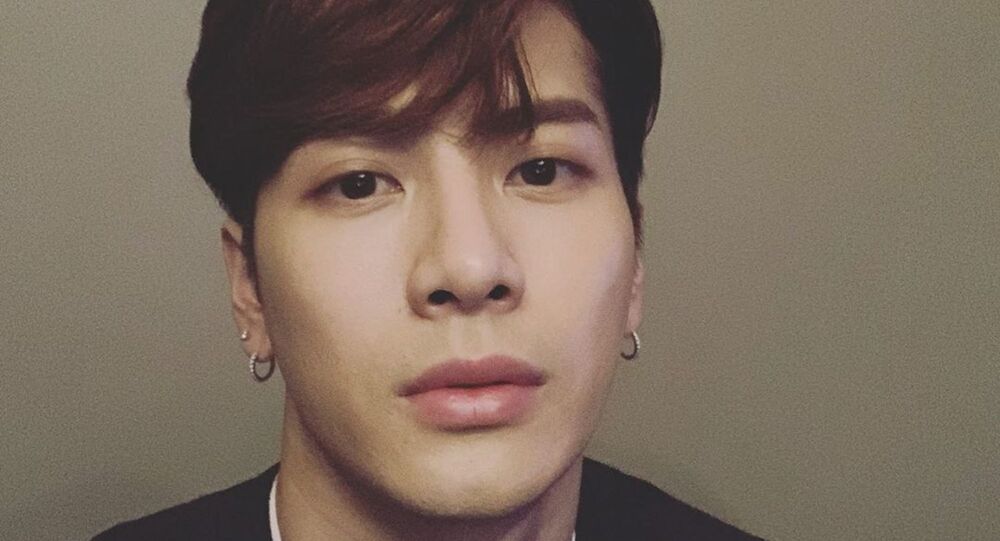 In early June, mass protests erupted in China's semi-autonomous region of Hong Kong against a controversial bill that would allow extraditions to the mainland. Despite the fact that the bill was suspended, people are continuing to protest, disrupting the work of public services, including the international airport.

Jackson Wang, a member of popular South Korean K-pop boy band GOT7, has found himself in hot water after publishing a post on his Weibo account (Chinese analogue of Facebook) supporting the one-China policy amid mass protests in Hong Kong.

​The artist, better known to the public simply as Jackson, who was born in Hong Kong and proudly calls himself a Hong Kong boy, immediately came under fire from critics. Social media users poured out their anger on Twitter, calling the rapper and dancer a traitor.

jackson is from honk kong??? how can he even do this

If y’all really think Jackson Wang ,as in the same Jackson who has Hong Kong’s area code in his IG bio, the same Jackson that has not shut up about being from Hong Kong since he’s debuted, ACTUALLY supports what’s going in China right now then y’all are just stupid.

​The situation worsened after a concert in South America, where Jackson was seen holding Chinese flag.

SOMEONE GAVE JACKSON A CHINA FLAG AND HE LOOKED SO HAPPY AND PROUD TO HOLD IT UP #GOT7 #GOT7INARGENTINA #GOT7WorldTourinArgentina2018 pic.twitter.com/m3AOqpIe86

​Some of fans, however, took a defensive position, saying all flags were represented at the concert.

GOT7 touched every flag not just Jackson or not just China flag... You’re making no points right now😭 pic.twitter.com/DFNVFwfJLZ

​Ahgase (official name of GOT7 fandom) started to publish posts on Twitter tagged as #WeLoveYouJackson in defence of the singer.

Just because Jackson wore the Chinese flag as a Chinese person, yes Hong Kong is still a part of China, they just have their own political system the same way Northern Ireland, Wales, Scotland and England all form the UK. All this backlash is happening. #WeLoveYouJackson pic.twitter.com/85bfYUOwe3

if you need to talk about him, please search for Jackson’s informations, his awesome way of treating fans, the way he feels about Hong Kong and his nationality before hating on him for nothing

Antis are immature and casually acting like clowns. #WeLoveYouJackson pic.twitter.com/2QhGTv2wmr

​This controversy was followed by news that GOT7's concerts in Hong Kong were postponed. "This is an announcement that GOT7’s 2019 World Tour 'Keep Spinning' in Hong Kong, which was scheduled for August 31 (Saturday) and September 1 (Sunday) of 2019, will be postponed due to safety reasons of the local situation", the group label JYP Entertainment announced.

Mass protests erupted in China's semi-autonomous region of Hong Kong in early June in response to a controversial bill that would allow extraditions to the mainland. Although the local parliament eventually announced that it had suspended the bill, people are continuing to protest, demanding that it be withdrawn completely. They also want the city authorities to implement universal suffrage and retract criminal charges against protesters.
The demonstrations have on numerous occasions resulted in violent clashes between protesters and the police. China's permanent mission to the United Nations earlier even accused the protesters of having displayed a "tendency of resorting to terrorism" by destroying public facilities, paralysing Hong Kong's airport, blocking public transport and using lethal weapons.
Hong Kong became a part of China in 1997 after being a British colony for some 150 years.