MOSCOW (Sputnik) - The Civil Human Rights Front (CHRF), which organises the ongoing protests in Hong Kong has not ruled out that it may seek support from foreign countries in the wake of a controversial opposition leaders' meeting with a US diplomat.

Wong dismissed claims that the meeting with the US diplomat amounted to foreign meddling, stressing that the diplomat was merely keeping up with the situation in the city in accordance with general practice.

"If you know diplomacy, then you should know that all consulates, all embassies, they have contact with the government and with the opposition. Their job is to understand what happened in that country or in that city. And therefore, this is a regular duty of consuls, of diplomats. Having contact is a very noble thing. But then, it is always the Chinese government which will demonise everything and then tell people that the United States is behind all this", the activist pointed out.

Wong believes that the Hong Kong opposition does not expect that Beijing will use military force to suppress protests against the controversial extradition bill in Hong Kong at least in the nearest future.

"At least for now. Mainland’s Communist party is quite scary, you never know what they will do, but at least for now they are still using the tactic to try to scare people … I think all these practices in Shenzhen [are aimed at] deterring Hong Kongers, at scaring us", Wong said.

The activist pointed out that, in accordance with the law, the Chinese armed police could not enter the territory of Hong Kong.

"The Armed police are not allowed to come to Hong Kong. According to our constitution, the army might be sent to Hong Kong under emergency circumstances, but that does not include armed police", Wong underlined.

The next protest against the controversial extradition bill in Hong Kong is planned for Wednesday, according to Wong.

"On the 21st of August, we have planned to have another demonstration. This is a significant, symbolic day for Hong Kong, because on that day, five years ago, mainland China rejected Hong Kong’s proposal to have universal suffrage", the activist said. 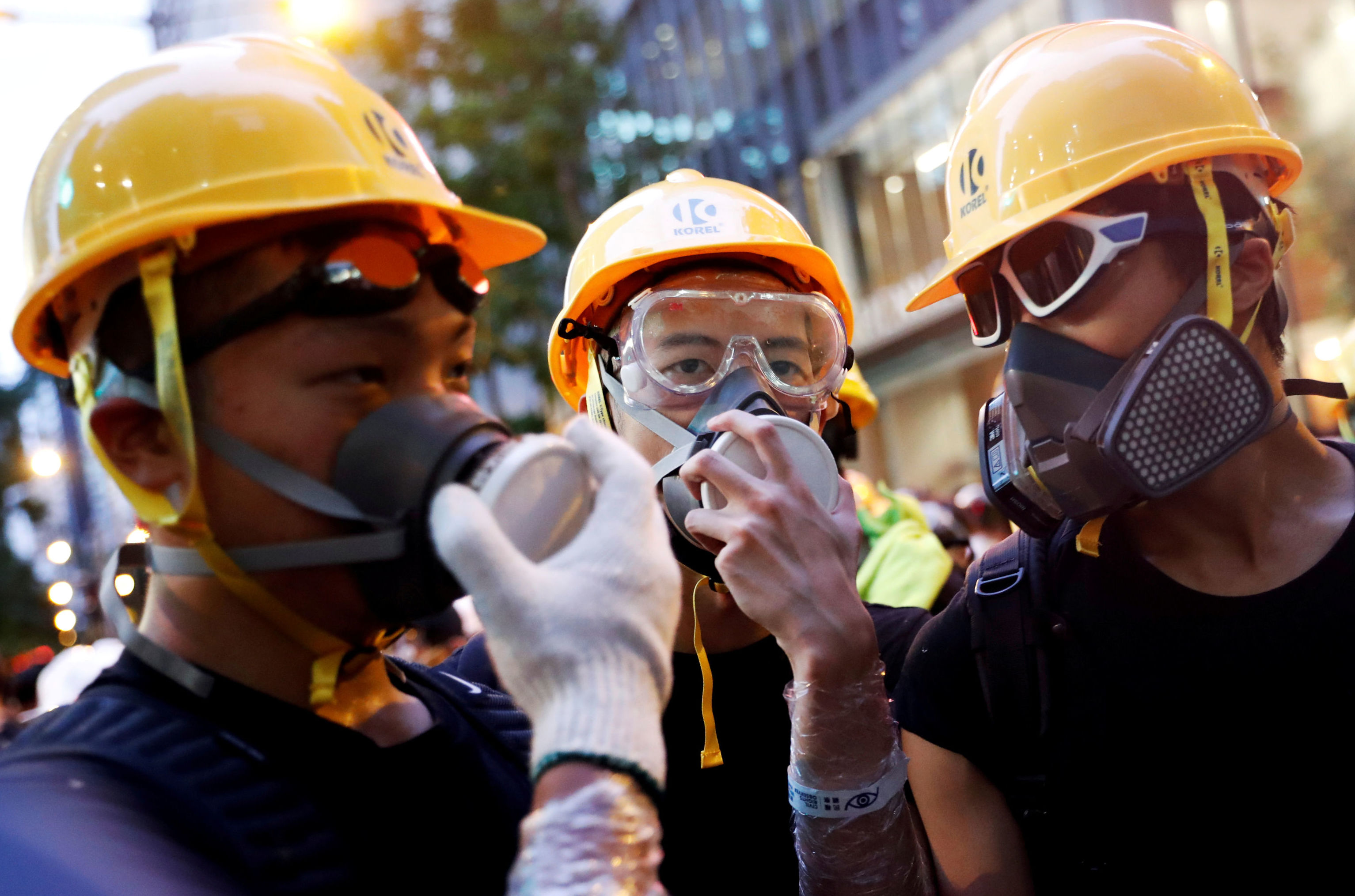 These demonstrations have often resulted in violent clashes between protesters and police. China's permanent mission to the United Nations even earlier accused the protesters of having displayed a "tendency of resorting to terrorism" by destroying public facilities, paralysing Hong Kong's airport, blocking public transport and using lethal weapons.

Soon after protests in Hong Kong broke out, Beijing accused a number of Western countries, in particular the United States, of openly fomenting the anti-China sentiment in its special administrative region. On 8 August, the Chinese Foreign Ministry said that it had summoned a senior official from the US Consulate General in Hong Kong and Macau to lodge a "stern representation" over its diplomat’s meeting with "Hong Kong independence" activists, which it assessed as an act of meddling in China's internal affairs. The US Department of State, in turn, said that its staff were "just doing their jobs, just like diplomats from every other country."