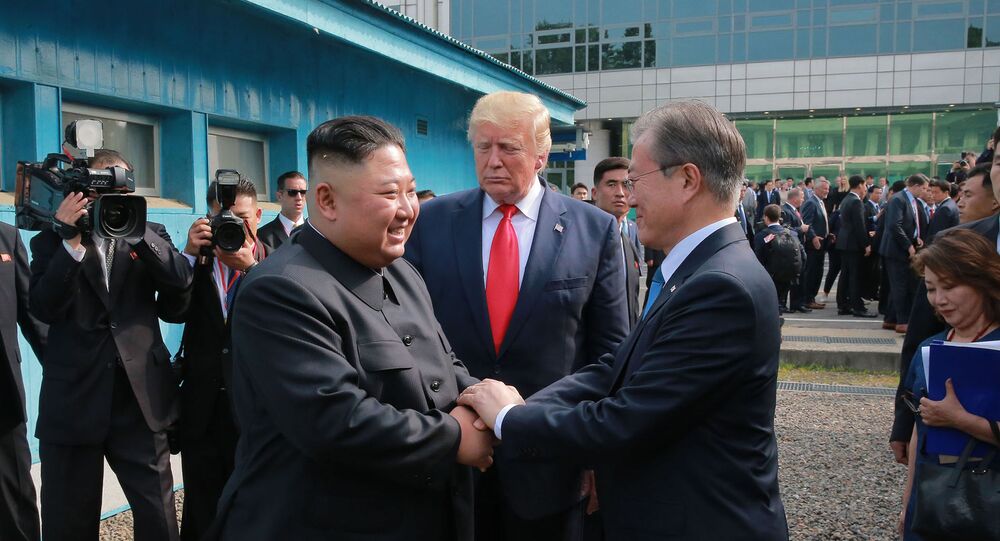 "We would like to stress that not only do such statements run counter to the spirit of agreements reached by the leaders of North and South – the Panmunjom and Pyongyang joint declarations – but also do not contribute to developing inter-Korean relations," the deputy spokesperson said at a briefing.

The South Korean government, for its part, will continue to implement the declarations, the spokesperson stressed, calling on Pyongyang to contribute to ensuring peace on the Korean Peninsula.

Earlier in the day, North Korea issued a statement, calling Moon an "impudent guy," in response to his speech marking the anniversary of Korea's liberation from Japan, in which the South Korean leader vowed to reunite the two Koreas by 2045. Pyongyang said any further inter-Korean talks were off the table. Early on Friday, North Korea test-fired two missiles into the Sea of Japan in what was the sixth such test within less than a month.