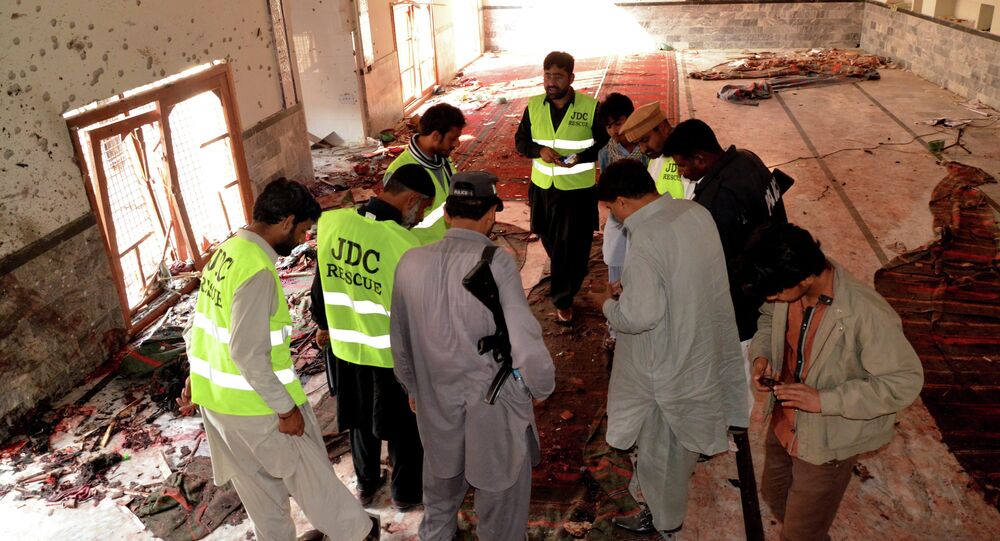 At Least 5 Killed, 11 Injured in Blast in Pakistan's Balochistan - Report

New Delhi (Sputnik): The blast occurred on the outskirts of Quetta, the largest city in the Balochistan province. At least seven explosions have been reported in Quetta over the last three weeks.

At least five people were killed and 11 others injured on Friday in an explosion that occurred in Pakistan’s Balochistan province at an Islamic school or madrassa, the Pakistani media reported.

According to Pakistani news website Dawn, the nature of the blast could not immediately be ascertained. The injured in the explosion were transported to Quetta Civil Hospital.

A local police official told media that the IED blast occurred at around 1525 hrs local time and video showed that the explosion caused extensive damage to the madrassa.

Earlier this year, Pakistan deployed an army division to protect interests in Sino-Pakistan development projects including those in the Balochistan region.

Pakistan has been facing an insurgency in Balochistan since 1947, with Baloch nationalist organisations struggling to create an independent state. The Balochi are also a dominant ethnic minority in Iran and Afghanistan.