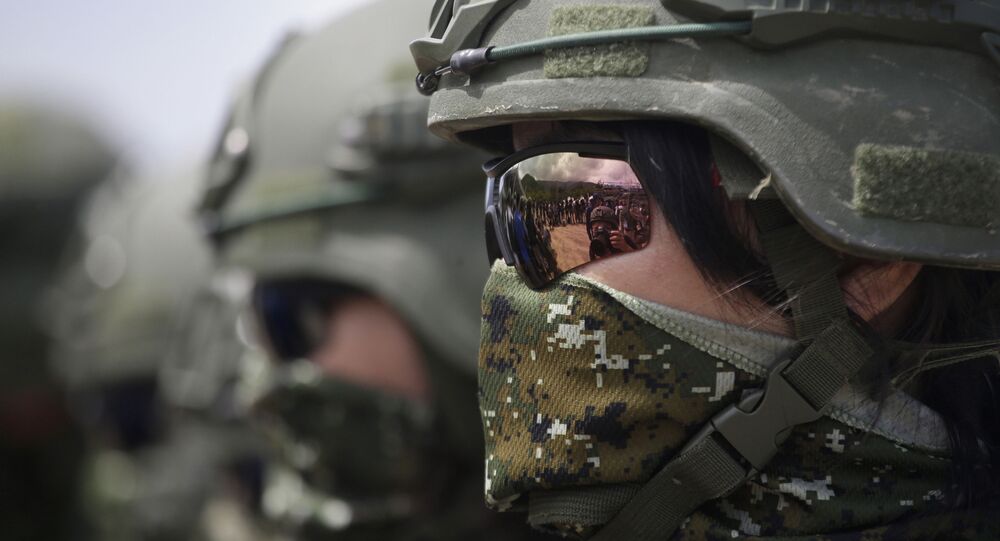 Taiwan showed off its indigenous Jian Hsiang anti-radiation drone at the Taipei Aerospace and Defense Technology Exhibition on Thursday, putting on display just one of 81 pieces of military equipment for interested visitors to the three-day event.

Local media reports indicate that the drone, otherwise known as the Flying Sword, is capable of destroying both radar stations and Russian-built S-400 missile systems stationed along China’s coastline, should the need arise.

​Although Chi Li Pin, the aerospace director at Taiwan’s National Chung Shan Institute of Science and Technology, steered clear of sharing specific details regarding the drone’s range and ability to stay over a target, he did let slip that a prototype of the drone was complete, and that a six-year program to build more drones would begin soon.

“Rather than holding a separate high-explosive warhead, the drone itself is the main munition once it finds its target and sets off its self-destruction,” Chi told the South China Morning Post before declining to speak on the costs associated with the project.

The Jian Hsiang system was first exhibited by the self-governing island at the 2017 edition of the exhibition, according to Focus Taiwan. The 2019 exhibition also saw officials unveil a newer version of the Teng Yun, a medium-altitude, long-endurance drone, and a prototype of the island’s Cloud Leopard M2 armored vehicle.