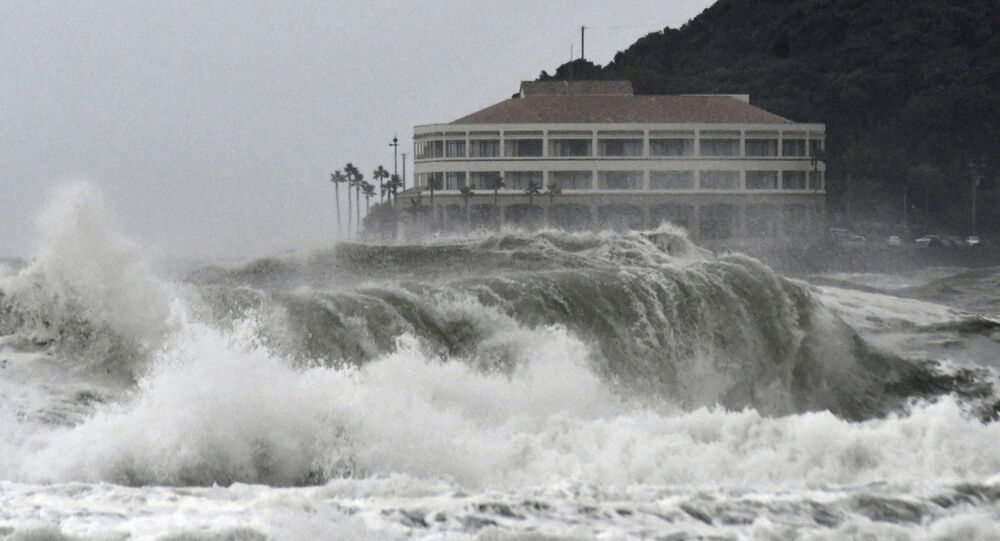 The Kyodo news agency reported that the severe storm, which is coming from the southwest, could bring floods and mudslides that could affect 280,000 households on the islands of Kyushu and Shikoku.

Meanwhile, Japan's meteorological service has upgraded the alert level to the fourth out of five levels.

The NHK broadcaster reported that on Thursday around 700 flights bound to western Japan have been suspended. Moreover, railroad traffic has been stopped in some areas, too.

The typhoon has already made landfall on Japan, bringing rainfall, strong winds and high waves to the island nation.

Meteorologists are expecting the rainfall at up to 1,000 millimeters (39 inches) in some regions.

The typhoon is moving northward in direction of the Sea of Japan and is expected to subsequently turn to the Hokkaido island where it is forecast to weaken.