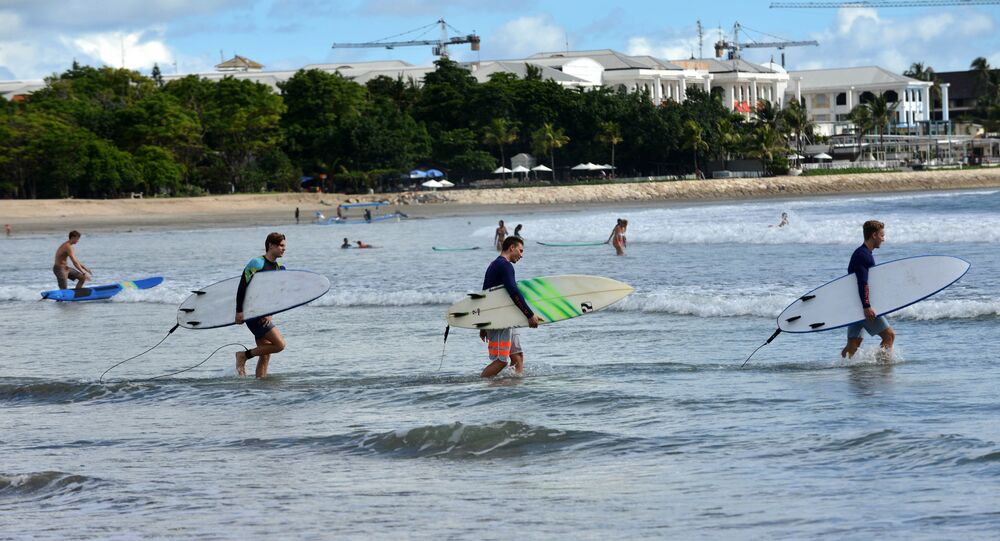 A stern warning was issued after a young couple of Instagram bloggers from the Czech Republic sparked outrage among locals with an obscene clip posted online, depicting a desecration of the Beji Temple in the popular monkey forest tourist attraction in Ubud.

'In the future, if there are tourists behaving like that we should just send them home, they are being disorderly coming to Bali. We will give them this warning [...] There needs to be more order, from the services and facilities at tourist attractions, as well as the ethics of tourists. We will give a standard for guidance', Koster said, cited by the UK-based media outlet.

According to the media report, Bali authorities have urged locals and tourism operators to help look after sacred sites while demanding that visitors to maintain decency.

'They shouldn't think merely on the basis of income, and then allow tourists to engage in disrespectful behavior', Koste stressed, cited by The Daily Mail.

Bali's Tourism Board chief, Ida Bagus Agung Partha Andyana, cited by The Daily Mail, said that tourists often do not know that what they are doing is disrespectful.

"Most of them do disrespectful things in holy places because they do not know or understand the rules that apply here [...] Sometimes, even guests who have been informed fail to understand or forget, so it's better to inform them both orally and in writing'', Andyana said.

A relatively small number of tourists reportedly run into trouble with local laws every year, mostly for violating the nation's tough legislation on drugs.