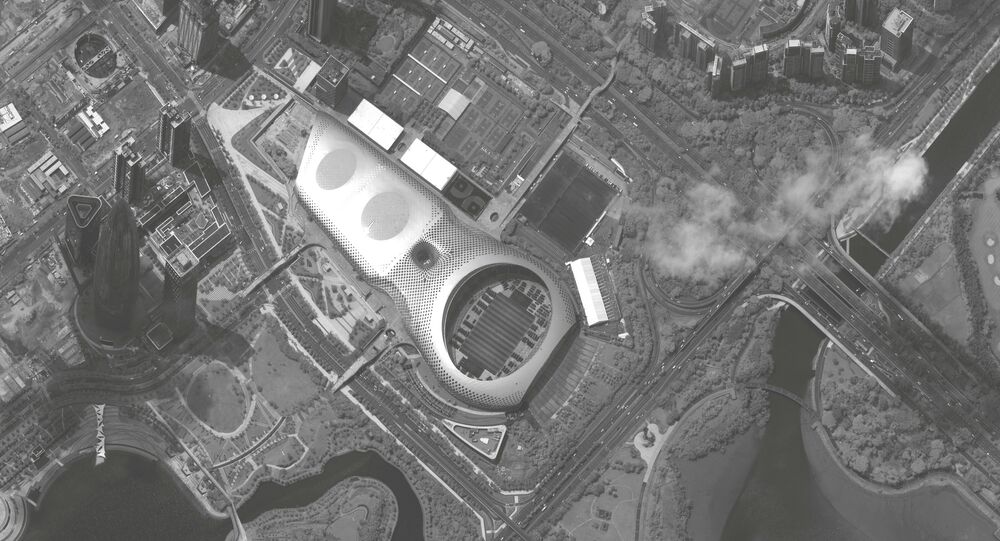 Newly obtained satellite images from Maxar Technologies appear to show dozens of Chinese military-style vehicles stationed inside the Shenzhen Bay Sports Center, which is located inside the Chinese province that borders Hong Kong.

Photos showing several dozen military vehicles inside and around the stadium were snapped by Maxar Worldview-1 on Monday and later obtained by the Associated Press. According to the news agency, images it collected from the company appeared to show “500 or more” vehicles.

The latest footage comes just days after both the Global Times and the People’s Daily posted clips showing multiple armored personnel carriers traveling through Shenzhen ahead of what some experts have written off as regular military exercises.

​The timing of the military drills sparked mass concerns, as they were carried out moments after the Chinese government referred to ongoing violent protests in Hong Kong as beginning to show “spouts of terrorism.”

Adam Ni, a researcher on Chinese foreign and security policy, recently took to Twitter, sharing footage of said military vehicles moving about Shenzhen. “China is stepping up its signalling, and the message that it wants to [convey] is pretty clear: if the protests escalate further, Chinese armed forces will intervene,” Ni wrote.

​Demonstrations in Hong Kong initially began in June after the Fugitive Offenders and Mutual Legal Assistance in Criminal Matters Legislation (Amendment) Bill 2019 was introduced by the Hong Kong government in February. The bill was scheduled to be voted on by officials on June 12.

Although the proposed bill, which would have permitted the extradition of individuals to jurisdictions with which Hong Kong had no extradition agreements, has since been killed, massive protests have continued in the semi-autonomous city.

Earlier this week, clashes erupted between anti-government demonstrators and police at the Hong Kong International Airport, a turn of events that quickly paralyzed the world’s eighth busiest travel hub. Multiple individuals were hurt on both sides. Following up its previous statement, Beijing doubled down, condemning the unrest as “behavior that is close to terrorism.”