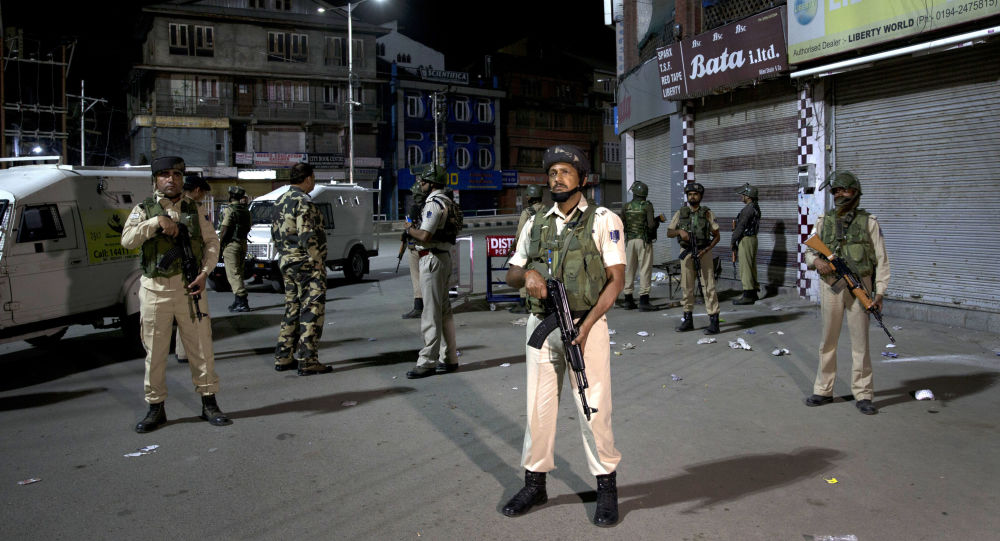 After Eid, No Exchange of Sweets with India on Pakistan’s Independence Day - Report

New Delhi (Sputnik): Both countries soldiers usually exchange sweets and greet each other on their independence days and holidays. But current tensions over the Indian government’s actions over the status of Kashmir have reduced the traditional goodwill normally associated with festive occasions at the Attari-Wagah border.

Two days after Pakistan failed to respond to Indian greetings on the occasion of the Eid-ul-Adha festival, the border security forces of both the countries failed to observe the traditional exchange of sweets on the occasion of Pakistan’s 72nd Independence Day (14 August) celebrations, the New Indian Express reported. The daily Beating of the Retreat ceremony was however performed by large numbers of soldiers on both sides of the border.

Tensions have risen between Delhi and Islamabad ever since India revoked a controversial article of the Indian Constitution (Article 370) that stripped Jammu and Kashmir of its special constitutional status last week.

Objecting to the move, Islamabad retaliated by scaling down diplomatic relations with New Delhi and suspended trade and communication links. It has also lodged a formal complaint with the UN Security Council, claiming that India was in violation of UN Resolutions.

On 10 August, Russia came out in full support of New Delhi’s move to revoke Article 370 (special status of Jammu and Kashmir). In doing so, Moscow became the first permanent member of the UN Security Council to formally state the “abrogation of Article 370 is an internal matter for India.” Russia’s position was seen as a boost for India.

China, however, has expressed its concern over India’s decision to withdraw the special status granted to Jammu and Kashmir.

US President Donald Trump made clear on Monday (12 August) that his offer of mediation on Kashmir was no longer on the table.