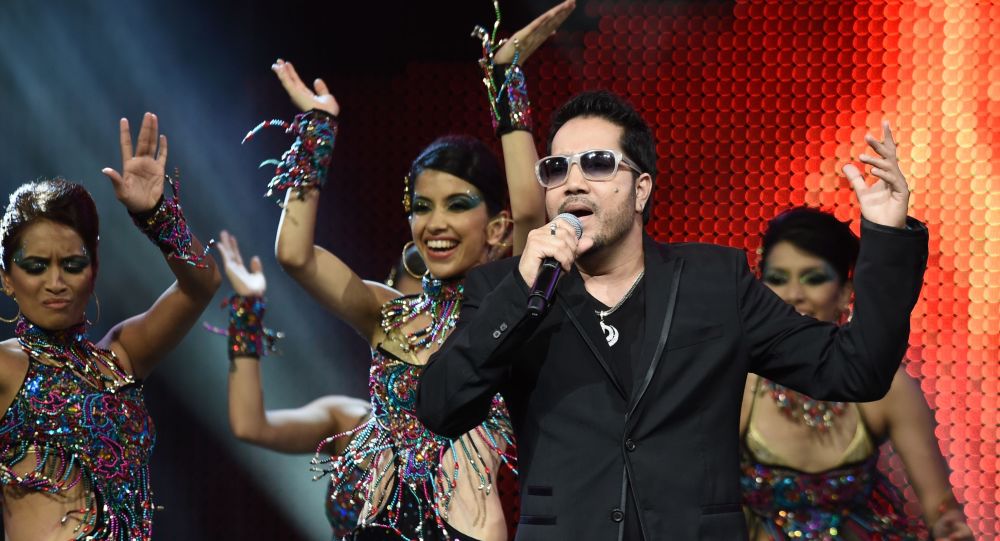 The All India Cine Workers Association (AICWA), the parent body of all Indian cinema associations, issued an unconditional ban order on Singh on Tuesday. The action came after Singh’s live performance at a wedding-related function for a relative of former President of Pakistan Pervez Musharraf last week.

With tensions high between India and Pakistan over developments in the Kashmir region, Singh should have refused to perform in Pakistan, AICWA President Suresh Shyamlal Gupta was quoted as saying in a statement by Indian news portal India Today.

Mika reportedly charged $150,000 for his performance at the wedding, the report said.

The AICWA has also asked India’s Information and Broadcasting Ministry to take suitable action against the singer.

Some netizens also welcomed the AICWA’s move to ban Mika Singh, describing the action as justified against an unpatriotic Indian.

#MikaSingh was paid very well by Bollywood. What was the need to go to Pakistan and sing when India Pakistan had decided to cut off everything. Congratulations Mika u are banned now by Indian film industry. pic.twitter.com/PJ1VofsJlV

Well deserved treatment for "GADDARS" like @MikaSingh
👏👏👏
All India Cine Workers Association (AICWA) has banned and boycotted the singer from Indian Film Industry.

Well done. People like @MikaSingh can sell his country for money

MIKA SINGH BANNED AND BOYCOTTED BY AICWA FROM INDIAN FILM INDUSTRY AFTER PERFORMING AT EVENT IN PAKISTANhttps://t.co/BBxbKJtxcH

It’s like serving banned endangered species to guests like बटेर or blackbuck by influentials in any of their celebrations at #Pakistan. @MikaSingh likes are saleable commodities with no respect to national pride against few coins.

@MikaSingh Paaji we Indians gave you so much love.. and in a situation like that when pak banned all trade ties with us,
sending terrorists across the border, our tensions are very high right now

Why did you go to pakistan for a show?
Few bucks is bigger than India?#MikaSingh

​Another group of netizens, however, said the AICWA has taken unconstitutional action, violating the fundamental rights of an Indian citizen.

Under what provisions of law have you banned @MikaSingh your organization itself is unconstitutional and illegal. Please read the Constitution of India first and then take such unconstitutional & illegal decisions. Your ban is not only illegal but with a malafide intention.

Ya..my simple point is if He could be found indulging any Anti India activity..then ban would be reasonable...but only for performing at Karachi,ban is not justified. And The PAK actors who talk ill about our country should be banned immediately..the association need to ban them.

#MikaSingh being banned can be debated but it is embarrassing we are not being able to nab India's most wanted inspite of this happening openly. Check the screenshot. Tag : #BanMikaSingh #dawoodibrahim #terrorist #IndianSingers pic.twitter.com/f48f0jBLn7

Wrong. You can admonish him but banning is all wrong. We are not yet a police state.

Mika Singh banned from film industry by AICWA for performing in Pak https://t.co/PZwES9XByy
-via ⁦@InshortsMarathi⁩

The film body also unconditionally banned and boycotted the singer from all movies and music contracts with entertainment companies.
The AICWA statement said legal action could be taken against people who choose to work with the singer.