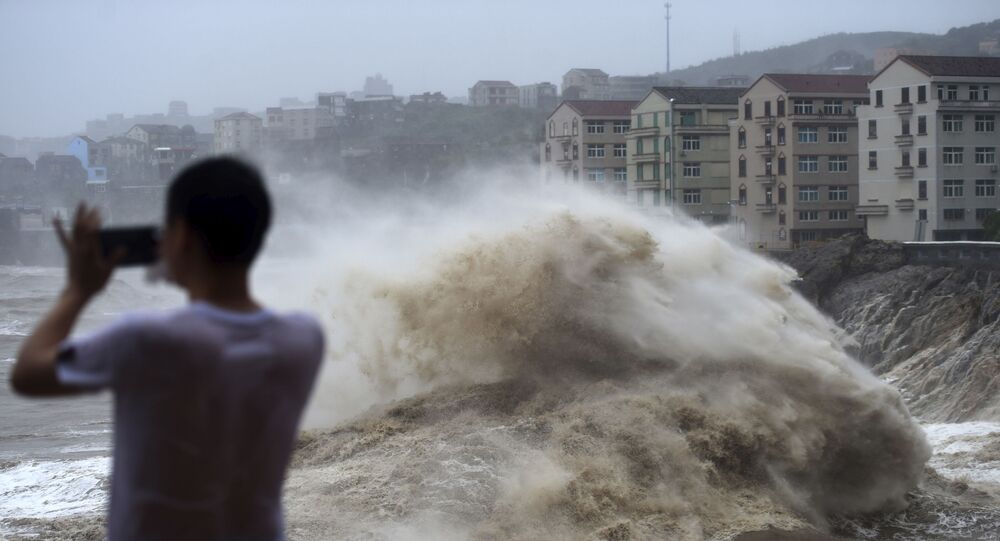 MOSCOW (Sputnik) - More than 12.8 million people have reportedly been affected by deadly and devastating Typhoon Lekima after the storm struck China over the weekend, the Ministry of Emergency Management said, local media reported.

Some 2 million people across the provinces of Zhejiang, Jiangsu, Shandong, Anhui, Fujian, Hebei, Liaoning and Jilin, as well as the city of Shanghai were evacuated, the ministry said on Tuesday, cited by the Xinhua News Agency.

Typhoon Lekima, China's ninth and strongest of the year, killed at least 45 and caused over a million to evacuate since it made landfall. Its heavy rains and winds have destroyed crops and toppled buildings in nine provinces - ABC pic.twitter.com/g3coutCrrB

Thousands of residents in Shandong have been relocated due to the landing of Typhoon #Lekima https://t.co/UR0Wc7867C pic.twitter.com/8jWEekEtRD

The typhoon struck China in the early hours of Saturday morning, bringing strong winds, heavy rainfall and flooding to the country’s southeastern regions.

Terrible Typhoon Lekima! Wish everything is all right! pic.twitter.com/u3y6KApRyr