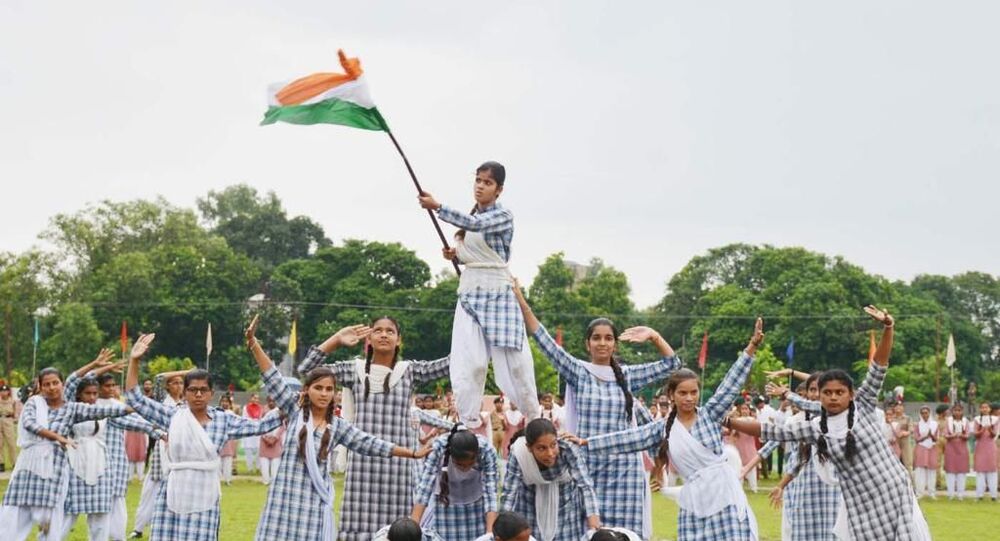 New Delhi (Sputnik): Despite a security clampdown and various communication restrictions, the restive Kashmir region is gearing up to celebrate Indian Independence Day on Thursday 15 August for the first time since New Delhi stripped the state of its special constitutional status.

There are also unconfirmed reports that Home Minister Amit Shah will join the flag celebrations in Srinagar’s historic Lal Chowk, literally Red Square, so named by Left-wing activists inspired by the Russian Revolution, as they fought the former Kashmir ruler Hari Singh.

​New Delhi stripped Jammu and Kashmir of its special status, granted through Article 370 and Article 35A last week, amid protests from opposition parties and people in the Kashmir region. The government also divided the state into two federally administered territories.

In New Delhi, where the main national celebrations are set to take place with the Prime Minister addressing the nation from the ramparts of the historical Red Fort, a full-dress rehearsal was held on Tuesday under a tight security blanket.  This will be Prime Minister Narendra Modi's first Independence Day speech since his party was returned to power with a thumping majority in recent Parliamentary elections.

Police in the national capital have issued advisories for motorists and the general public in view of heightened security alerts.

Meanwhile, reports from Islamabad indicate that Prime Minister Imran Khan will visit Pakistan-occupied Kashmir on 14 August on the occasion of the country’s Independence Day in order to address its legislative assembly.