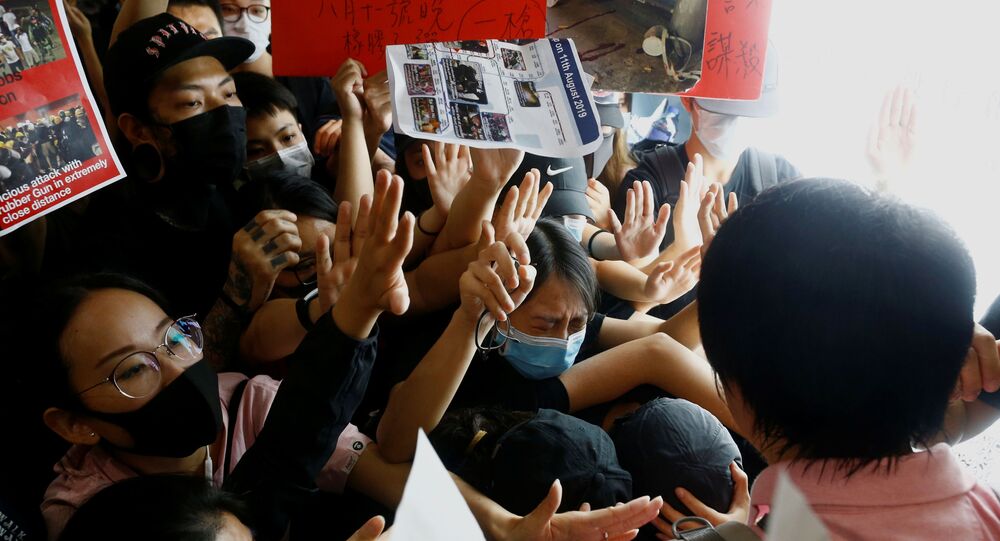 BEIJING (Sputnik) - Flights from Hong Kong International Airport were suspended for a second day on Tuesday as thousands of anti-government protesters staged a new sit-in.

"Terminal operations at Hong Kong International Airport have been seriously disrupted, and all check-in processes have now been suspended," the airport authority said in a statement.

Flights briefly resumed on Tuesday morning but a huge backlog caused them to be suspended again. The administration advised passengers to leave the terminals and contact airlines for flight arrangements.

Hong Kong Chief Executive Carrie Lam said on Tuesday that violent actions of protesters, who paralyzed the city airport the day before, were pushing the autonomous city to a point of no return and making it a dangerous place.

All flights to and from Hong Kong International Airport have been cancelled on Monday, passengers have been advised to leave the terminal buildings "as soon as possible"and contact their respective airlines to change flight arrangements.

​Protests began more than two months ago after a local legislature opened debates on a bill that would have allowed extradition to mainland China. The city’s chief executive, Carrie Lam, has since declared the bill "dead." Protesters are demanding that it be withdrawn completely. Locals also want the city authorities to implement universal suffrage and retract criminal charges against protesters.