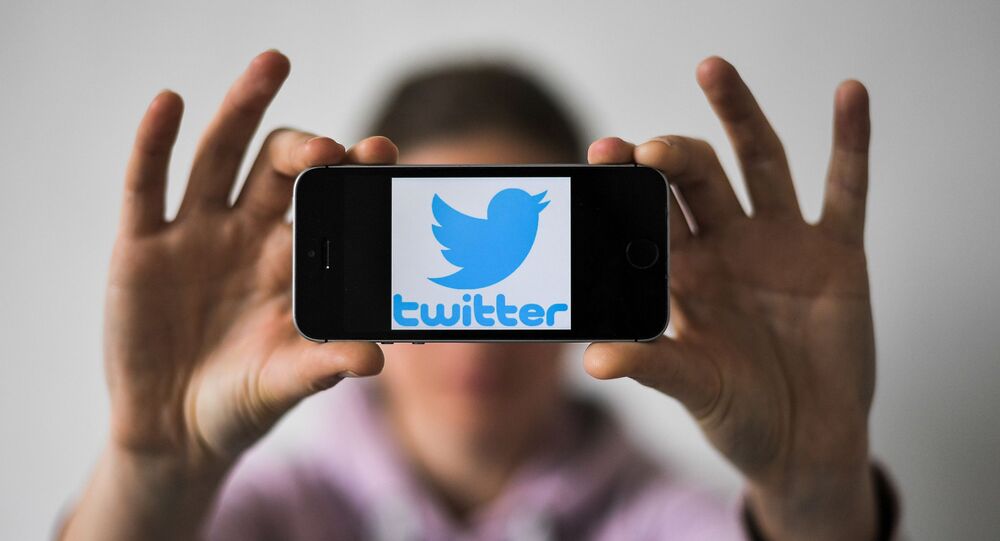 New Delhi (Sputnik): In order to comply with an Indian government request, Twitter has suspended four Kashmir-based profiles. On Monday, Jammu and Kashmir Police stated these handles have been circulating fake news; the accounts are allegedly either linked to Pakistan's spy agency ISI or the Pakistan Army.

India's Ministry of Home Affairs had lodged a written complaint requesting the closure eight accounts; the specified profiles are accused of "spreading rumours and misinformation to disturb the peace and calm in the Valley".

The micro-blogging platform, however, did not suspended the account of Arshad Sharif, a journalist with Pakistan's ARY News, and Mary Scully, a journalist working for Pakistan Today.

Surprisingly, the Indian Home Ministry did not include the name of Wajahat Saeed Khan, an Emmy-award nominated Pakistani multimedia journalist currently working at Columbia University in New York, in the letter it sent to Twitter on Monday.

Khan had claimed a policeman launched a "blue on blue" attack against the Central Reserve Police Force (CRPF) after they refused to let a pregnant woman go because she didn’t have a curfew pass.

India's CRPF had denied reports of a rift with the local police, and condemned Khan's claim as baseless. Jammu and Kashmir Police had said they would ask the micro-blogging platform to take action against the journalist for spreading fake information.

Earlier on Monday evening, Jammu and Kashmir Police stated that the targeted handles have been circulating fake news and opined that operators were either linked to Pakistan spy agency ISI or the Pakistan Army.

"These Twitter handles are not from the (Kashmir) valley. The information being shared is wrong and we have asked Twitter authorities to take action as per the law and also request citizens not to believe the malicious campaign," Swayam Prakash Pani, Inspector General, Kashmir Zone, stated while briefing the media.

The Indian government and its security agencies have been urging people not to believe rumours which have been circulating about alleged ‘widespread violence’ and a lack of trust between the local police and India's central paramilitary forces.

Restrictions on locals' access to broadband, internet and telephone connectivity have been in place since 5 August, when the Indian government moved to nullify Article 370 of the Indian Constitution which had granted special status to the state of Jammu and Kashmir since 1947.