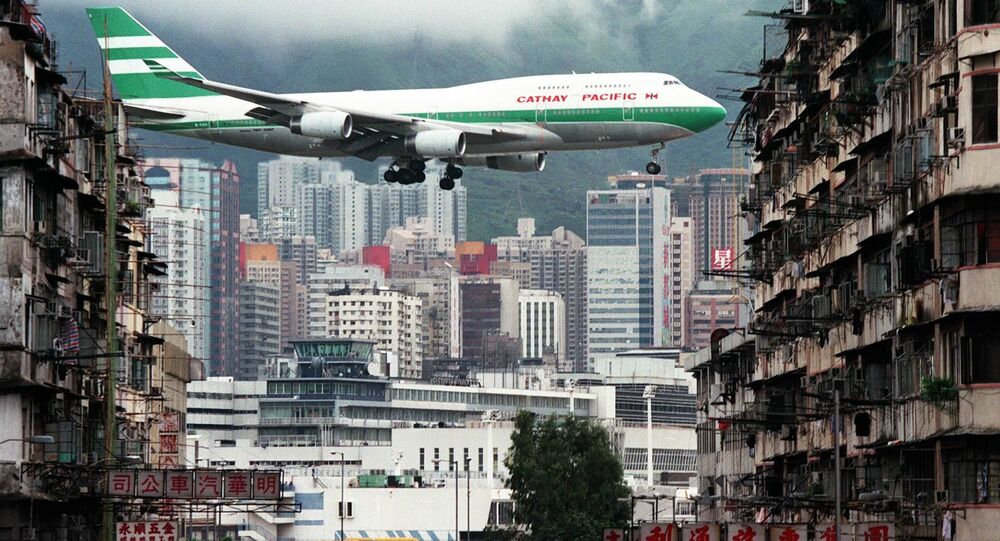 Many flights between South Korea and Hong Kong were canceled earlier on Monday due to a massive sit-in protest inside the building of the Hong Kong International Airport, local media reported.

The airport said Tuesday it would implement flight rescheduling, with flight movements expected to be affected, Reuters reported. The notice was published on the Hong Kong International Airport's official mobile app.

Tensions in the city are on the rise amid weeks of mass demonstrations triggered by proposed amendments to the extradition bill. People in Hong Kong took to the streets in early June to protest against the adoption of a bill that would allow the extradition of suspects to jurisdictions without a prior extradition agreement with Hong Kong, including mainland China.

Even though the government indefinitely suspended the controversial bill, rallies continue in the financial hub.

The tenth consecutive weekend of mass rallies in Hong Kong resulted in violent clashes between protesters and police, with dozens of people reported injured on both sides during recent confrontations.