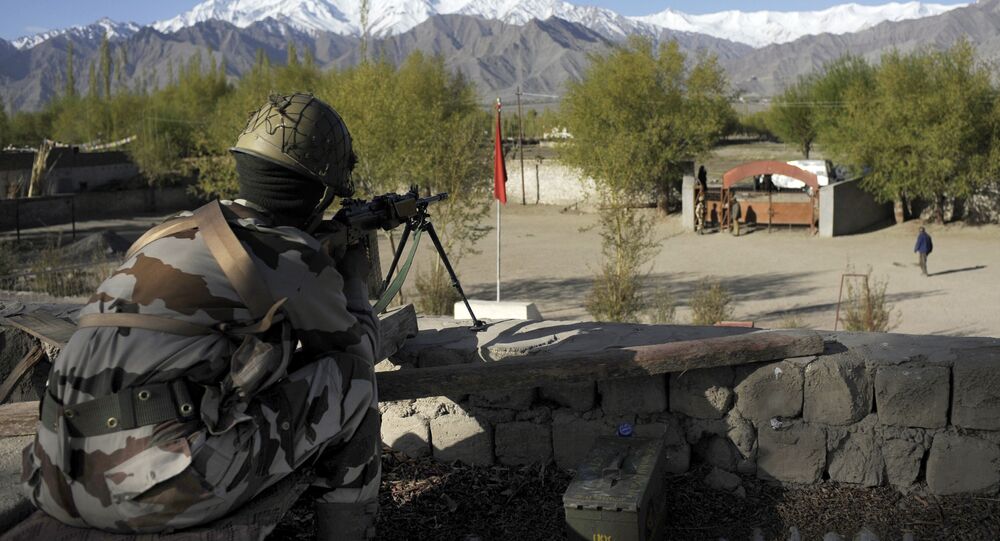 New Delhi (Sputnik): Days after India declared Ladakh a separate territory under the direct control of the central government, Beijing on Monday made it crystal clear that it does not accept this and that it will not change its position that China exercises sovereignty and administrative jurisdiction over the territories involved.

Chinese Foreign Minister Wang Yi put across his government’s stance on the Ladakh territory quite firmly during a crucial bilateral meeting with his Indian counterpart visiting Beijing on Monday.

Wang said the Indian government's decision to change the administrative nature of the Ladakh region poses a challenge to China's sovereignty, violating the two countries' agreement on "maintaining peace and stability in the border" areas.

"India's move is neither valid to China nor will change the status quo that China exercises the sovereignty and administrative jurisdiction over the territories involved", Wang stressed as per the statement issued by the Chinese Foreign Ministry after the meeting.

While emphasising that China is "seriously concerned about this [change]", it is hopes that the Indian side will do more things that are conducive to promoting mutual trust, and "avoid unnecessary interference with the overall situation" of China-India relations.

"The legislative measures are aimed at promoting better governance and socio-economic development. There is no implication for either the external boundaries of India or the Line of Actual Control (LAC) with China. India is not raising any additional territorial claims. The Chinese concerns in this regard were therefore misplaced", the Indian Foreign Ministry quoted Jaishankar as saying to Wang.

Jaishankar also conveyed that as far as the India-China boundary question is concerned, the two sides had agreed to a fair, reasonable and mutually acceptable settlement of the Boundary Question on the basis of the 2005 Political Parameters and Guiding Principles.

The Indian ministry also claimed that the two countries had agreed that maintaining peace and tranquillity in the border areas is essential for the smooth development of their relations.

Last week, the Indian parliament cleared the Jammu and Kashmir Reorganisation Bill 2019 under which Ladakh – an earlier part of the state of Jammu and Kashmir- will now come under direct control of the central government as a union territory from 31 October this year.

The armies of the two Asian rivals have engaged in several stand-off in Ladakh region in the past.

At the core of this stand-off are the 823 km of un-demarcated boundary between India and China, which had not been disturbed for centuries due to cultural, religious, and other historical relations with Tibet.