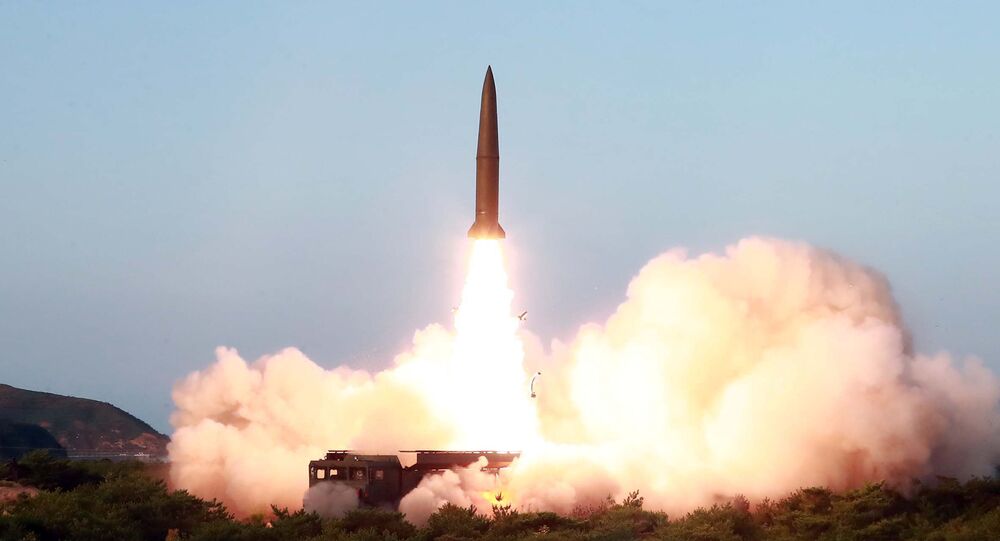 TOKYO (Sputnik) - The South Korean Armed Forces are capable of countering the short-range missiles that are now being tested by North Korea, a spokesperson for the South Korean presidential administration said on Monday.

"Our armed forces are capable of countering North Korea's short-range missile with the help of Patriot missile defence systems", the spokesperson said, as quoted by KBS broadcaster.

According to him, Seoul possesses weapons similar to those tested by North Korea.

"We are several steps ahead of North Korea. Reports saying that we are lagging behind in combat readiness are not true", the spokesperson added.

The remarks come amid Pyongyang's recent launches of what Seoul believes were short-range missiles. North Korea has called the launches a warning against South Korean-US joint military drills, which began on 5 August and will last through 20 August.

Commenting on the matter, US President Donald Trump said on Saturday that North Korean leader Kim Jong-un in a letter expressed his readiness to start denuclearisation negotiations with Washington as soon as the US-South Korea exercises were over.