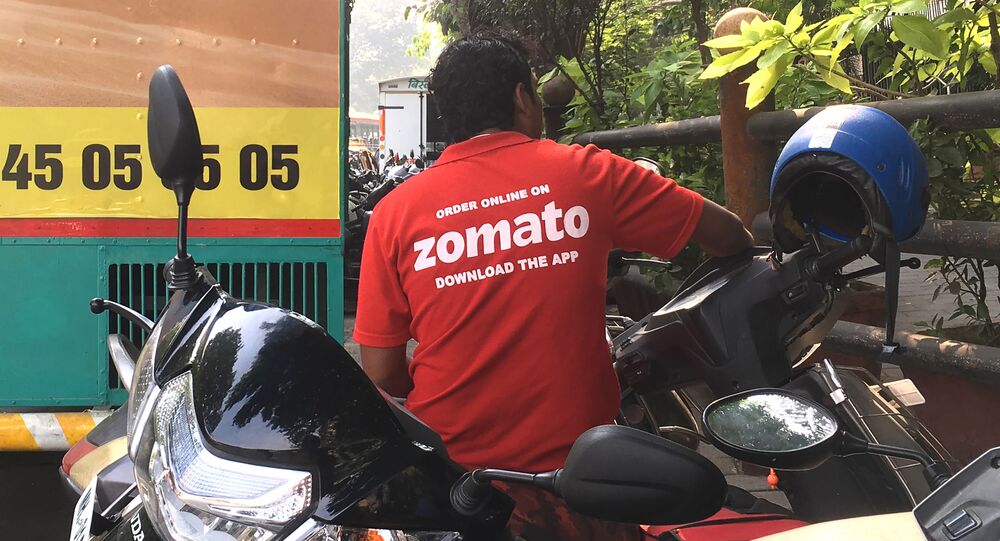 ​New Delhi (Sputnik): Delivery partners of the popular online food delivery firm Zomato went on strike in the Indian city of Kolkata starting on Monday, over demands to revise payment and the right to refuse to deliver pork and beef products on religious grounds.

About 200 delivery partners of Zomato in India’s eastern Howrah district have been on a week-long protest after being told by Zomato that they must deliver whatever customers want and have no right to protest or object to their mutually agreed working conditions.

Delivery partners, however, claimed Zomato is forcing them to deliver pork and beef to customers, which violates their religious beliefs and wishes. They also claimed that Zomato has reduced payment from $1.13 (Rupees 80) to $0.35 (Rupees 25) for each delivery, which was unacceptable to them.

Two ministers of West Bengal state have voiced their support for the delivery partners thus politicising the issue. West Bengal’s Minister for Agricultural Marketing Arup Roy and Minister for Irrigation Rajib Banerjee representing the Howrah constituency in the state assembly, have said that no one has the right to force people to go against there religious beliefs.

Both ministers, of the ruling Trinamool Congress party of West Bengal, were quoted by the English daily The Times of India as saying that they would take up the matter with the concerned authorities at the earliest.

Some netizens also weighed in on the protests, with most criticising the food delivery app for not respecting the religious beliefs of their delivery staff.

@Zomato #ZomatoExposed why are you not tweeting on this matter pic.twitter.com/gd8Z5HTW13

Time to uninstall Zomato, I don't want such a company who is forcing delivery guy to deliver pork & beef that's against their will.#ZomatoUninstalled #Zomato #ZomatoExposed pic.twitter.com/ADAatUYmgf

Hey @zomatocare where is ur secularism
gone now . U don't have a respect for a Indian culture .
Shame on #Zomato#ZomatoExposed https://t.co/vozeGvfdJZ

​In a statement, a Zomato spokesman said they are looking to resolve the issue quickly, but added, “In a country as diverse as India, it is impossible to ensure that vegetarian and non-vegetarian preferences are factored into delivery logistics.”

He also said that the company informs all delivery partners in the Zomato workforce about the terms and conditions of employment.
Zomato recently courted controversy when a customer opposed his order being delivered by a Muslim, and the company retorted saying, “food does not have a religion”.