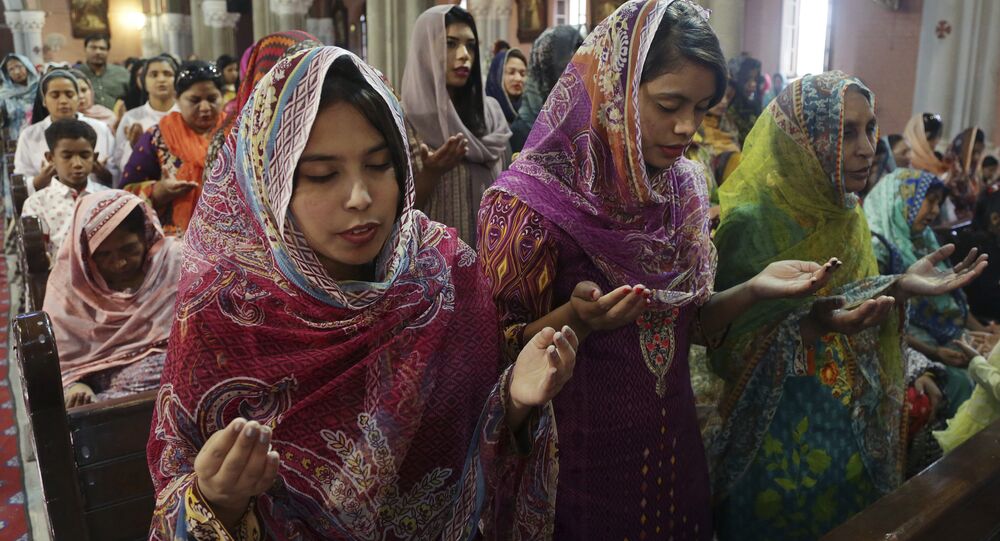 The problem mostly affects religious minorities, such as Christians, who also face other issues in addition to forced conversions. Asia Bibi, a Christian woman born in Pakistan, narrowly escaped a death sentence recently over false accusations of blasphemy, triggered by a conflict with Muslim colleagues.

The organisation Aid to the Church in Need (ACN) has sounded the alarm at the increasing number of cases of forced conversion of Christian and Hindu women to Islam, Vatican News reported. ACN indicated that young women, and even teenagers from religious minorities, are the key targets of the perpetrators.

"Every year at least a thousand girls are kidnapped, raped, and forced to convert to Islam, even forced to marry their tormentors", Tabassum Yousaf, a Catholic lawyer from Rome, Italy said at the conference, hosted by ACN.

Yousaf further called on the international community and media to take steps to enhance the protection of religious minorities in Pakistan and advocated for improving the access to education for young women living in the country.

The ACN has been fighting forced conversions by lobbying for changes to be made in Pakistan's laws in order to raise the legal age of marriage from 16 to 18 and by introducing stricter legislation against abductions.

In a recent case that took place in July 2019, an underage Christian girl was abducted in Lahore. When she was found, police reported that the victim had officially converted to Islam and that her abductor had forced her to marry him.

© AP Photo
In this Nov. 20, 2010, file photo, Asia Bibi, a Pakistani Christian woman, listens to officials at a prison in Sheikhupura near Lahore, Pakistan.

One of the most notorious cases of pressure on religious minorities was the case of Asia Bibi, a Christian farm worker who fell into conflict with her Muslim colleagues after she drank from a Muslim-only well and offered water from it to others.

Her colleagues accused her of blasphemy against the Prophet Muhammad, a crime punishable by death in Pakistan. Asia Bibi was sentenced to capital punishment, but after several unsuccessful appeals was finally found non-guilty and released. She had to flee the country due to countless death threats that were sent to her and her family by radical Islamists.