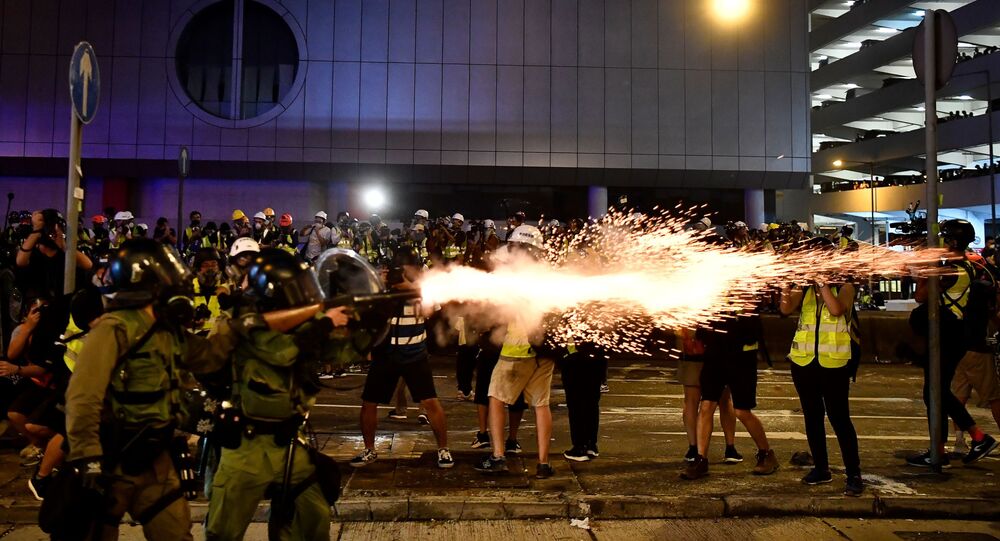 BEIJING (Sputnik) - Chinese Foreign Ministry spokeswoman Hua Chunying advised her US colleague, Morgan Ortagus, on Friday to rethink her statements instead of trying to conceal the United States' involvement in the Hong Kong crisis by accusing China.

"The official spokeswoman of the US State Department should first reevaluate her statements and actions, and not discuss media reports and use them as an excuse to attack other countries’ governments … trying to cover the facts of the United States' interference in China's domestic affairs", Hua said.

The spokeswoman stated that the United States' actions had caused outrage in China and in Hong Kong, calling for Washington to respect international law and the fundamental principles of international relations.

On Thursday, a pro-Beijing newspaper published a report on a meeting between a US diplomat and the opposition's leaders. The office of the Chinese Foreign Ministry in Hong Kong issued a stern warning against such activities by US diplomats. In response, Ortagus likened the Chinese actions to those of a "thuggish regime", chiding Beijing for being irresponsible.

The mass protests started as a reaction to the new amendments to Hong Kong's extradition laws that, if passed, would allow people to be extradited to Taiwan, Macau and mainland China.

The Hong Kong government eventually decided to freeze the amendments, but the protesters remain intransigent and demand the complete abandonment of the initiative. The Chinese government has been consistently accusing external forces of attempting to destabilise the situation by supporting the protesters.