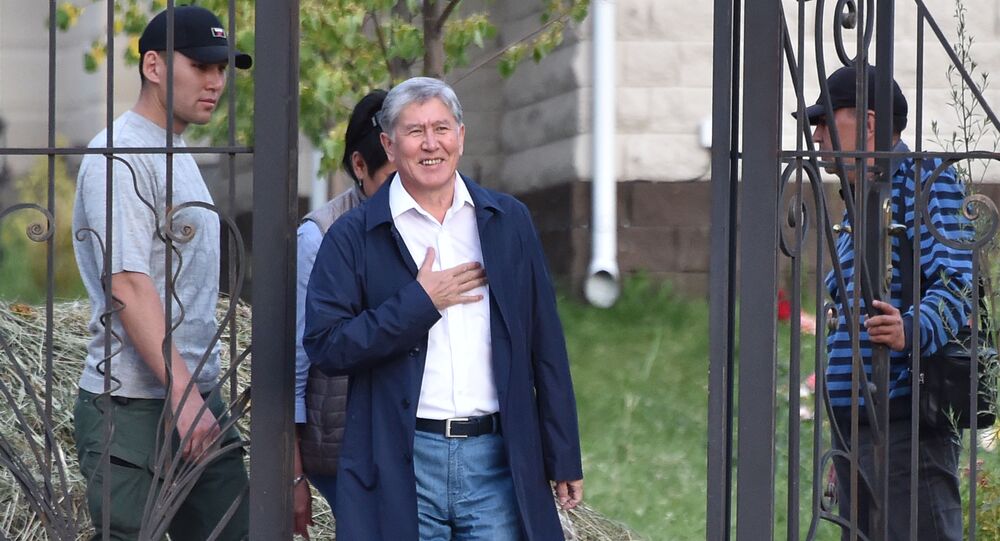 BISHKEK (Sputnik) – Former Kyrgyz President Almazbek Atambayev was placed in a pre-trial detention facility of the country’s State Committee for National Security (GKNB), where he will be held until August 26, his lawyer, Sergei Slesarev, said on Friday.

"A judge of the Birinchi May district [of Bishkek], Adylbek Subankulov, held an emergency extramural session in GKNB and made a ruling on preventative measures," Slesarev said.

The lawyer said that Atambayev had faced preliminary charges in a case of illegal release of notorious crime boss Aziz Batukayev.

Earlier, the Kyrgyz Interior Ministry said that the situation in Bishkek is under the complete control of police officers.

Since Almazbek Atambayev has been refusing to obey subpoena on corruption suspicions, the special police units tried to detain him in his residence in the village of Koy Tash, located 12 miles away from the national capital of Bishkek. The situation turned violent, with the ex-leader's supporters repulsing the assault, preventing Atambayev from being captured.