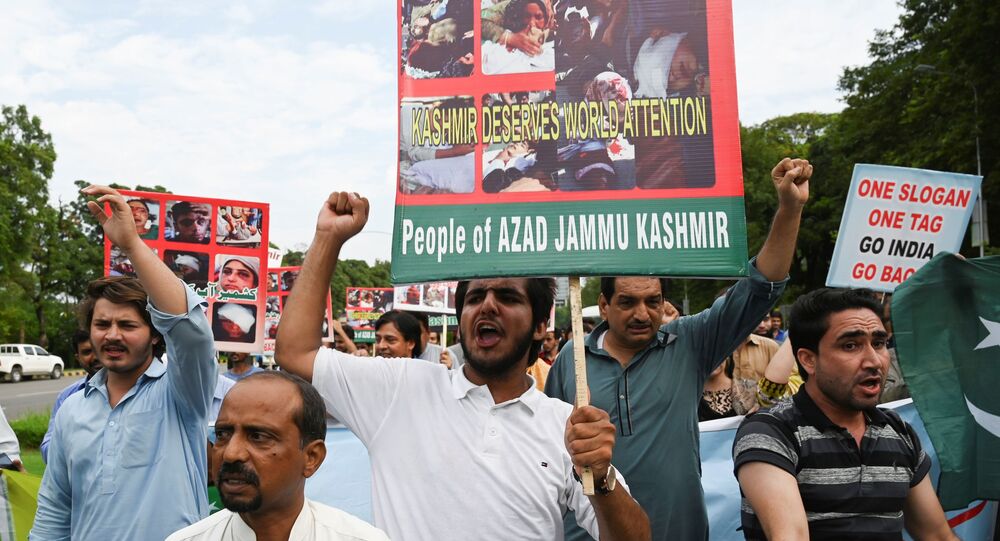 MOSCOW (Sputnik) - The Pakistani attorney general is examining the possibility of challenging India’s decision to revoke the special status of Jammu and Kashmir state in the International Court of Justice (ICJ), Pakistan's Foreign Ministry spokesman Mohammad Faisal said on Thursday.

"The Attorney General is exploring the proposal and he will apprise us regarding the possibility of going to ICJ," Faisal told a briefing when asked whether Pakistan was considering taking the Jammu and Kashmir mater to the ICJ.

Earlier on Thursday, Pakistan's foreign minister Shah Mahmood Qureshi said that his country was seeking a political response to the Kashmir crisis, adding that the military option was off the table.

On 5 August, the Indian government announced its decision to strip Jammu and Kashmir of its special status and split it into two union territories. One of them, Ladakh, would not have its own legislature. The Pakistani National Security Committee responded on Wednesday by saying that Islamabad would downgrade diplomatic relations and suspend trade with New Delhi.

Jammu and Kashmir is part of a larger Kashmir region, disputed between India and Pakistan. Although a ceasefire was reached in 2003 after several armed conflicts, instability has continued, leading to the emergence of various extremist groups.