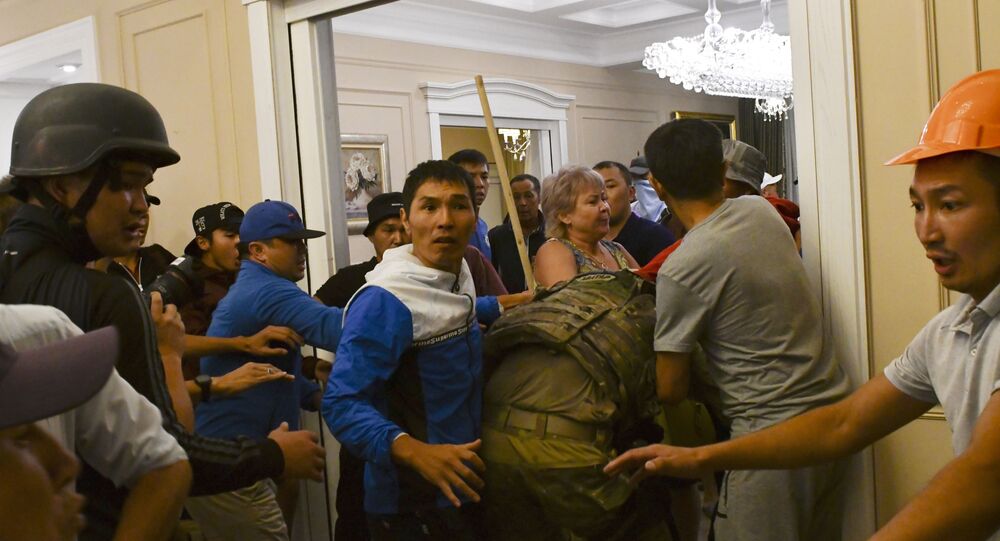 "About 200 police officers again started storming the residence, they are using stun grenades. Supporters are repelling them, they number about 400, they have no weapons, only stones and sticks," the office said.

It said Atambayev's supporters had canceled a rally in Bishkek and were heading to his residence in Koi-Tash.

Since Atambayev has been refusing to obey subpoena on corruption suspicions, the special police units tried to detain him in his residence in the village of Koy Tash, located 12 miles away from the national capital of Bishkek. The situation turned violent, with the ex-leader's supporters repulsing the assault, preventing Atambayev from being captured. As many as 52 people were injured in clashes, while one security officer was killed.

The president called on the members of the Security Council to take urgent measures to ensure peace and security in the country, his press service said.