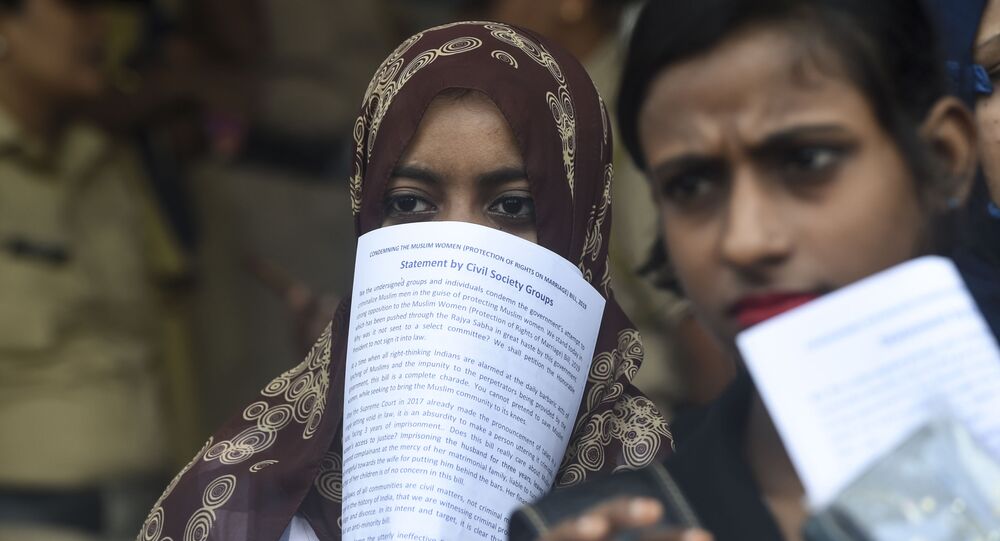 New Delhi (Sputnik): A Muslim woman in an Indian village has alleged that her in-laws cut-off her nose with a sharp object for refusing to withdraw a divorce-related police complaint. Her mother had filed the complaint after her daughter’s husband divorced her over the phone.

The incident occurred in the Indian state of Uttar Pradesh, and the girl's family has hospitalised her.

The case came to light just days after the Government of India banned the archaic practice of instant divorce by uttering "Talaq" (divorce) thrice in succession. The new law has a provision for a three-year prison sentence for anyone who divorces using the old practice.

Indian President Ram Nath Kovind hailed the contentious legislation as a "milestone in the quest for gender justice."

The victim's mother, Sharifun Nisha from Sitapur Village of Uttar Pradesh, said that after she went to the police station to file a complaint against her daughter's husband, her daughter was severely beaten.

The mother filed a complaint saying that her daughter had been divorced by pronouncing 'Talaq' (divorce) thrice in succession over the phone, which is now a punishable offence, the Indian news agency ANI reported.

Police said the incident occurred after they summoned both families to the police station, and attempted to resolve the issue through counselling. The families failed to reach an amicable resolution, and a case was filed under the relevant section of the Triple Talaq Act.

The legislation, which bans the practice of instant divorce through the Muslim tradition of triple "Talaq" was passed by both the lower and upper houses of Indian Parliament on 25 July and 30 July respectively.