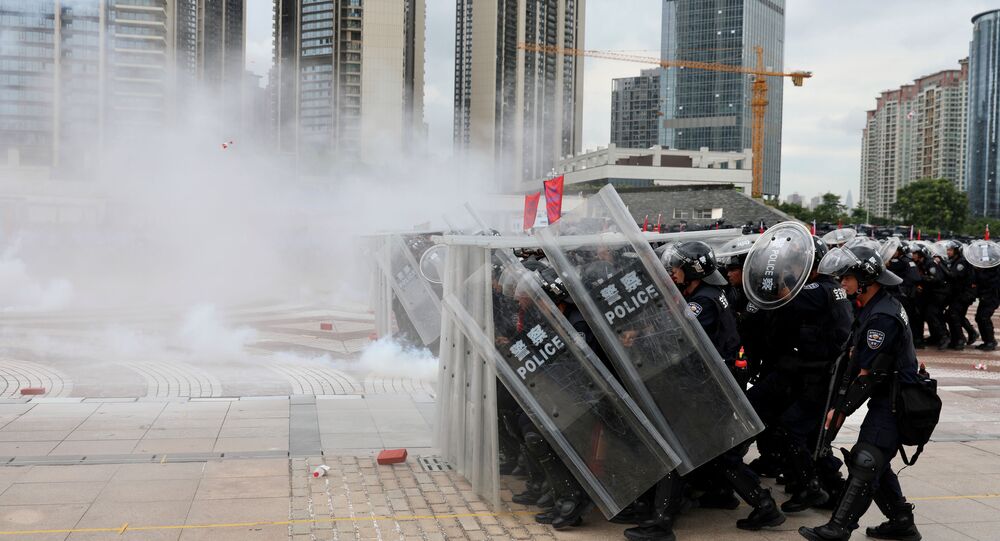 Around 12,000 police officers participated in an anti-riot training drill on Tuesday in the southeastern Chinese city of Shenzhen, which links Hong Kong to China’s mainland.

“A drill will be held to increase troop morale, practice and prepare for the security of celebrations [and] maintain national political security and social stability,” Shenzhen police recently wrote on Weibo, a Chinese microblogging website, referring to celebrations for the 70th anniversary of the People’s Republic of China on October 1.

Mass protests erupted in Hong Kong in early June when authorities announced they were considering making amendments to a bill that would allow the autonomous Chinese city to extradite suspects to jurisdictions with which it did not have an extradition agreement, including mainland China. While Hong Kong Chief Executive Carrie Lam announced in July that the bill was “dead,” the protests have continued, diffusing into a generalized anti-China sentiment.

“Is this hinting at Hong Kong?” a Weibo user commented on a video of the drills, the South China Morning Post reported.

“We are doing drills today, and they can enter into real practice in Hong Kong in the future. We can send thousands of anti-mob squads over and strike hard at the radical traitors, those Hong Kong independence supporters,” another user commented.