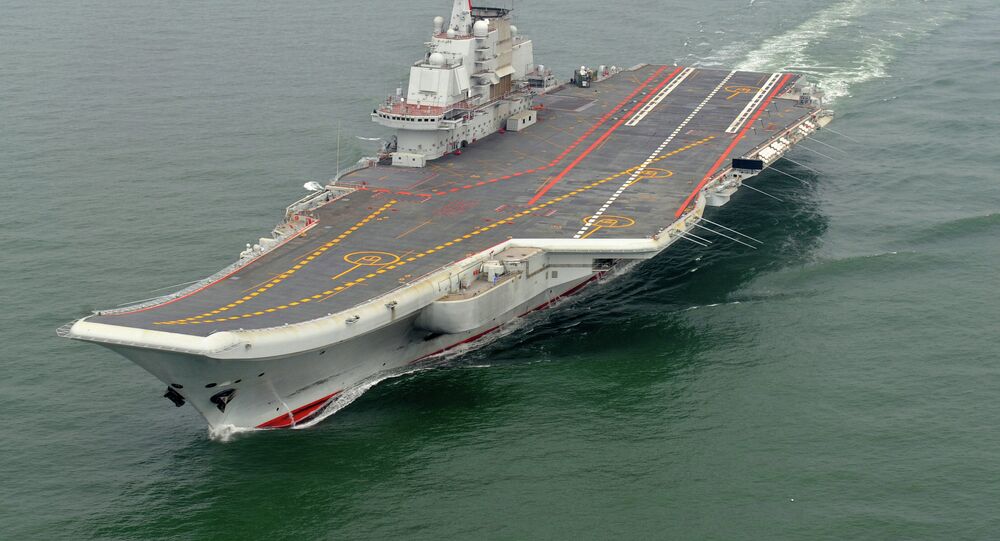 ‘Teething Issues’: China’s Type 001A Carrier Returns to Sea For Yet More Trials

Despite having just returned from sea trials, China’s newest aircraft carrier, the Type 001A, is heading back to sea again for more drills.

A “no-sail zone” was announced in the Yellow Sea near Dalian by the Liaoning Maritime Safety Administration on Monday, signaling that China’s newest aircraft carrier is likely returning to sea just days after completing sea trials.

“The fact the aircraft carrier needed to be tested again within two days suggests that the navy may have found some technical problems in last week’s sea trial that needed to be fixed immediately,” military commentator Song Zhongping told the South China Morning Post Tuesday. “It’s fairly typical before an aircraft carrier is officially commissioned – we can expect to see more intensive sea trials in the future.”

“The ship needs to complete a series of laborious and comprehensive tests, which is the most important stage in proving it is a real battleship,” an anonymous PLAN official told SCMP last month.

The cleared sea zone is roughly the same place where last week’s trials took place, and its close proximity to the coast and to the carrier’s home port of Dalian likely signals difficulties with aircraft launch and recovery processes.

“Take-off and landing tests are the most challenging and complicated parts of the sea trials, and that’s why the location is not far from the coast, just in case there’s an accident,” a Beijing-based military source told SMCP Tuesday. The PLAN flies its J-15 “Flying Shark” fighter jet off the carrier, which can carry up to 40 of the aircraft. However, one day soon it might be operating either the FC-31 or a version of the J-20 modified for naval service, Sputnik reported.

“The Liaoning has sailed on the high seas in several naval drills now, with different carrier battle group formations, but the Type 001A still needs more time before it can meet all the IOC requirements,” Beijing-based naval expert Li Jie told SCMP. “As well as testing the propulsion system, they also need to make sure the aircraft carrier’s electronic communications can connect with all the military radio systems properly.”

Type 001A is the PLAN’s first indigenously-designed aircraft carrier, modeled closely on the Liaoning, an unfinished Soviet carrier Beijing bought from Ukraine in 1998. Having been finished and updated, Liaoning was recommissioned in 2012 as a training ship for pilots and engineers alike.