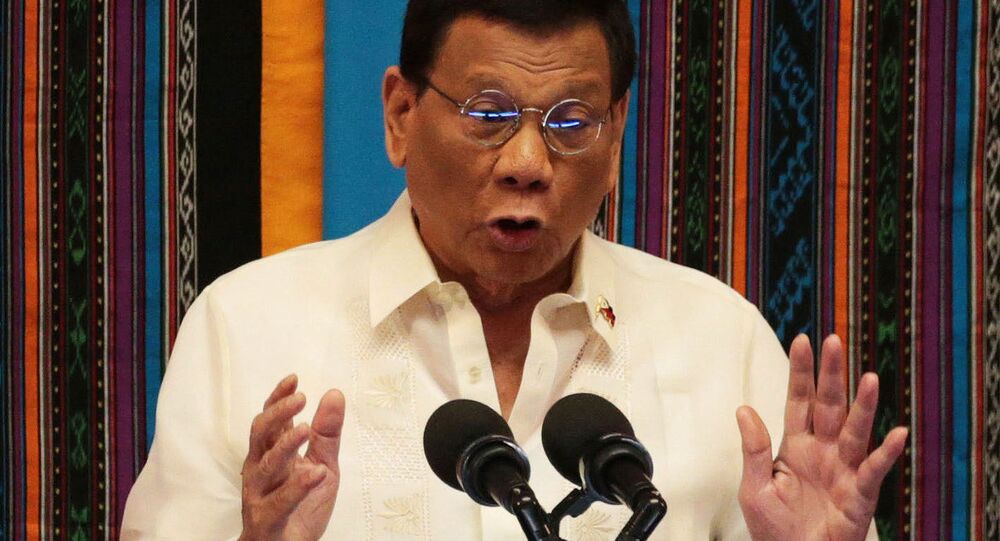 Earlier, Australia and South Korea stated that they have no plans to green-light the deployment of US medium-range missile on their respective territories after Washington’s withdrawal from the Intermediate-Range Nuclear Forces (INF) Treaty last week.

Philippine President Rodrigo Duterte has vowed that he will never allow Washington to deploy nukes on his country’s territory to tackle China’s growing regional clout.

“You cannot place nuclear arms in the Philippines. That will never happen because I will not allow it. I will never allow any foreign troops […] I don’t want to fight China,” Duterte said during a speech to an audience of Filipino-Chinese businessmen in the capital Manila on Tuesday.

He also warned of fatal consequences from a possible conflict  between nuclear powers.

“If you go to war and China would release all its nuclear missiles, and America and Russia […] and Britain and Italy and France, this will mean the end of all of us,” Duterte noted.

He spoke after Chinese Foreign Ministry spokesman Fu Cong warned that Beijing would “take countermeasures” against the possible deployment of US ground-based intermediate-range missiles in the Asia-Pacific region.

He urged China’s neighbours “to exercise prudence and not allow” the deployment of such missiles on their territory. “That would not serve the national security interest of these countries,” Fu said, referring to South Korea, Japan and Australia.

Earlier, South Korea and Australia announced that they don't currently plan to give the go-ahead to the deployment of US mid-range missiles on their countries’ soil.

This came after Pentagon chief Mark Esper made it clear that after the US’ withdrawal from the Intermediate-Range Nuclear Forces (INF) Treaty last week, Washington is now free to deploy its mid-range missile anywhere, including Asia and the Pacific in order to grapple with China’s regional clout.

“We would like to deploy a capability sooner rather than later. I would prefer months […]. But these things tend to take longer than you expect,” he told reporters on a plane to Sydney at the start of his week-long tour to the Asia-Pacific region.

On 2 August, the Russian Foreign Ministry announced that the INF Treaty was “terminated at the initiative of the American side” as US Secretary of State confirmed Washington’s exit from the accord, claiming that Russia “bears sole responsibility” for the treaty’s collapse.

Moscow has repeatedly denied the allegations that its development of the 9M729 missile violates the INF Treaty, pointing out that the US missile defence systems deployed in Europe can be re-purposed for offensive capabilities and therefore themselves run counter to the accord.

On 2 February, the US formally suspended its obligations under the INF Treaty and triggered the six-month withdrawal process. Washington said it would terminate this procedure if Russia agreed to be compliant with the pact. Moscow responded by suspending its participation in the treaty as well.

The INF Treaty, signed by the US and the USSR in 1987, banned both countries from using land-based ballistic missiles, cruise missiles, and missile launchers with ranges of 500–5,500 kilometres (310 and 3,400 miles, respectively).