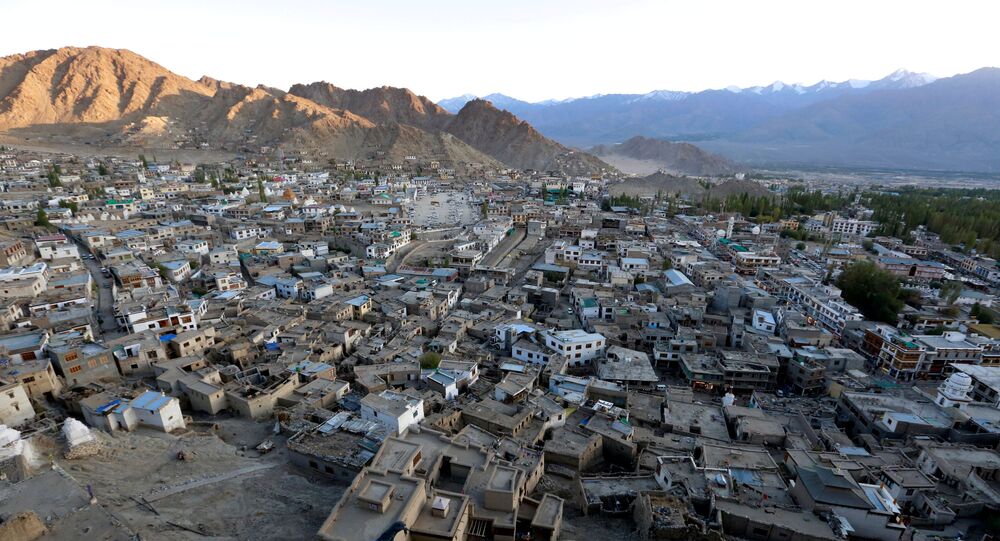 New Delhi (Sputnik): New Delhi on Tuesday asked Beijing to avoid making comments about the situation in Jammu and Kashmir following the scrapping of Article 370, declaring it an internal matter for India.

India's External Affairs Ministry on Tuesday touched upon the issue of the territorial dispute with China while making a statement on Jammu and Kashmir, saying New Delhi never interferes in any country's internal matters and that it expects the same from Beijing.

“The Jammu and Kashmir Reorganisation Bill 2019, introduced by the Government in Parliament on 5 August, which proposes the formation of a new “Union Territory of Ladakh” is an internal matter concerning the territory of India,” Indian Ministry of External Affairs’ spokesperson Raveesh Kumar said.

As to China’s claim that its territorial sovereignty is being undermined by India's action, Kumar said that as far as the India-China Boundary Question is concerned, “the two sides have agreed to a fair, reasonable and mutually acceptable settlement of the boundary question on the basis of the Political Parameters and Guiding Principles for the Settlement of India-China Boundary Question."

“Pending such a settlement, both sides have agreed to maintain peace and tranquility in the border areas on the basis of the relevant agreements,” he added.

Earlier in the day, without directly mentioning Ladakh, the Chinese government expressed concerns about India’s move following the division of Jammu and Kashmir.

Stating that India has continued to undermine China's territorial sovereignty “by unilaterally changing its domestic law,” the ministry said: “Such practice is unacceptable and will not come into force.”

Stating that it is “seriously concerned” about the current situation in Jammu and Kashmir, the ministry said: “China's position on the Kashmir issue is clear and consistent. It is also an international consensus that the Kashmir issue is an issue left from the past between India and Pakistan.”

Saying that the relevant sides need to exercise restraint and act prudently, the Chinese ministry asked both sides to “refrain from taking actions that will unilaterally change the status quo and escalate tensions.”

“We call on both India and Pakistan to peacefully resolve the relevant disputes through dialogue and consultation and safeguard peace and stability in the region,” the Chinese Foreign Ministry added.

Rebuffing the statements made by the Chinese foreign ministry, India on Tuesday said that the creation of a separate administrative division for Ladakh as part of the revocation of Article 370, is an internal issue for India and that other countries should refrain from commenting on it.

Article 370 of the Indian constitution provided Jammu and Kashmir with an autonomous constitution as well as key decision-making rights.

On Monday (5 August), India revoked Article 370 and on Tuesday the Indian parliament passed an amendment to divide the Jammu and Kashmir into two federally administered territories.

Bilateral relations between the two countries have suffered a sharp decline in recent years with tensions over the Demchok area of Ladakh, but tensions eased slightly after the Wuhan Informal summit between Indian Prime Minister Narendra Modi and Chinese President Xi Jinping in April 2018.

In 2013, more than a dozen Chinese troops crossed onto the Indian side of the border at Demchok and refused to leave the area for more than a week.