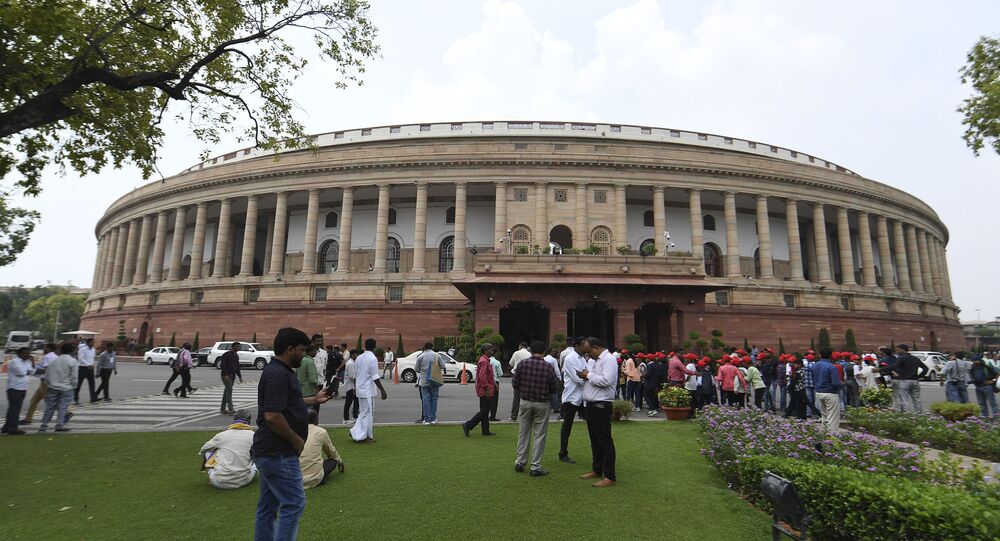 Indian Parliament Passes Legislation for Bifurcation of Jammu and Kashmir

On Monday, the Rajya Sabha, the upper house of India's bicameral parliament, passed a law called the Reorganisation Bill to divide Jammu and Kashmir state into two federally administered entities.

The Lok Sabha, the lower house of India's parliament, has passed an amendment to divide the state of Jammu and Kashmir into two union territories.

According to the official Twitter account of the parliament's lower house, 367 members of parliament voted in favour of the amendment, while 67 said 'no' to the initiative.

On 5 August India scraped Article 370 of the national constitution which granted special autonomy status to the state of Jammu and Kashmir and submitted legislation to parliament to divide the state into two federally administered territories. Pakistan responded by saying that India's move could not be allowed to change the status of the territory which is preserved according to the UN Security Council's resolutions.

© AFP 2020 / ARIF ALI
Pakistani activists of the "Youth Forum for Kashmir" group shout slogans as a a picture of Indian Prime Minister Narendra Modi and Indian flag is burned during a protest in Lahore on August 5, 2019, in reaction to the move by India to abolish Kashmir's special status

Kashmir has been a bone of contention between India and Pakistan since they gained independence from Great Britain in 1947. Both countries claim the region in full while controlling parts of it.