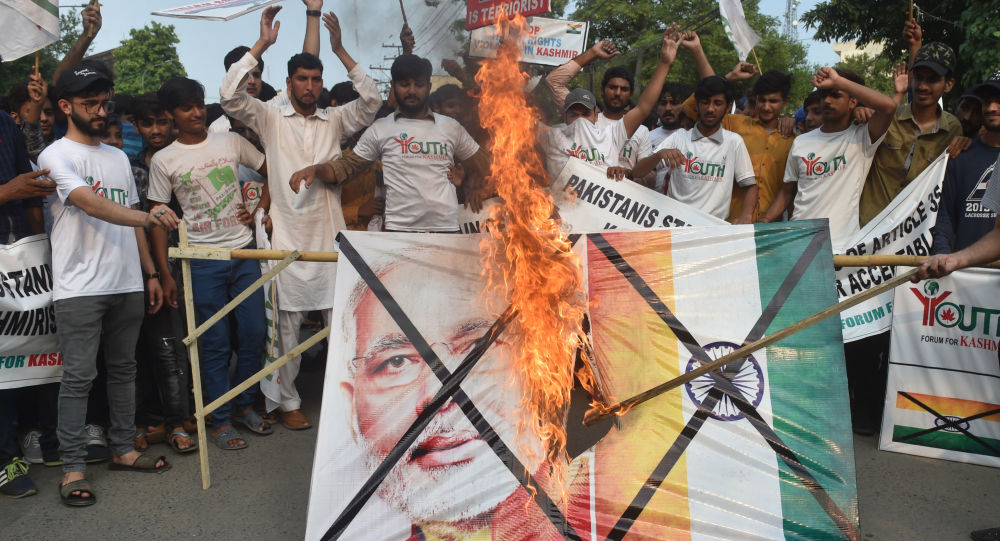 New Delhi (Sputnik): India has asked Pakistan to provide more security at its High Commission in Islamabad after India stripped Jammu and Kashmir of its special status and set out plans to divide the state into two federal territories.

The Indian government said on Tuesday that it has asked Pakistani authorities to beef up security around its premises in Islamabad.

The High Commission saw large demonstrations on Monday with protestors opposing India's actions in Kashmir and the scrapping of Article 370 of the Indian Constitution, which had granted special status to Jammu and Kashmir.

Pakistan President Arif Alvi called on Tuesday for a Joint Session of parliament to decide on Pakistan's response.

“The Modi Government  is trying to make Kashmir another Palestine by bringing settlers into Kashmir. Parliamentarians must stop fighting on trivial issues. Let’s respond to India with blood, tears, toil and sweat. We must be ready to fight if war is imposed,” Pakistan’s Science and Technology Minister Chaudhary Fawad said ahead of the debate.

Kashmir has been a bone of contention between arch rivals India and Pakistan since they gained independence from Britain in 1947 with both countries claiming the territory.