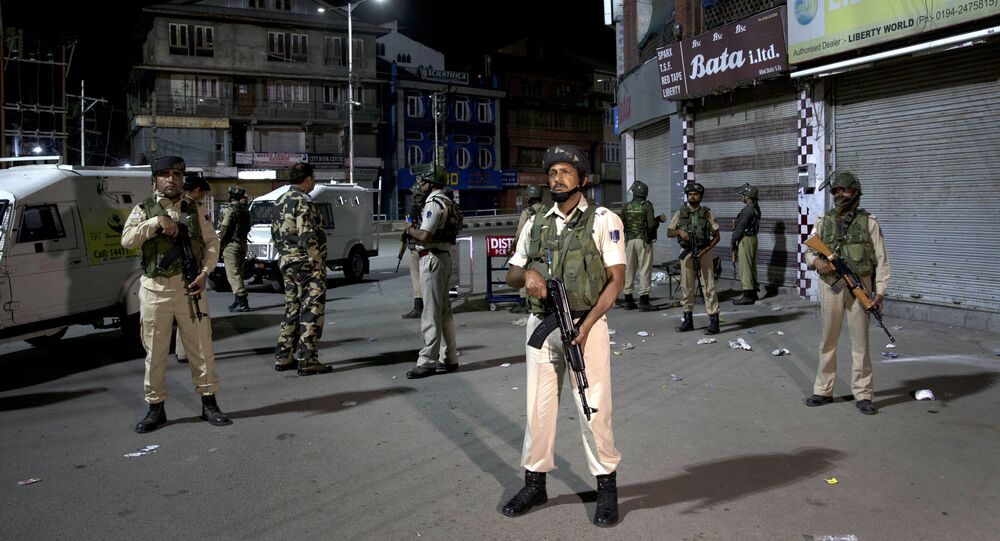 New Delhi (Sputnik): A day after India stripped Jammu and Kashmir of its special status and moved legislation in Parliament to bifurcate the state into two federally administered territories, the Indian army reviewed the situation in the region.

The meeting, chaired by the General Officer Commander-in-Chief of Northern Command Lt General Ranbir Singh, was attended by crucial Army Commanders, officers of the paramilitary forces and intelligence agencies.

“[The] Army Commander chaired a meeting of the Core Group at Srinagar to review operational readiness to meet contingencies that can adversely impact the security situation,” said a tweet by the spokesperson of the Army.

He stated that necessary arrangements had been put in place for ensuring peace and security. pic.twitter.com/jxFdUlAaQe

Responding to the Indian government's decision to revoke Article 370 of the Constitution on the special status of Jammu and Kashmir, Pakistan said it "will exercise all possible options to counter the illegal steps."

The state administration has enforced prohibitory orders in the Kashmir and Jammu regions, while no such orders are in force in the mountainous Ladakh region, where schools, colleges and other establishments are functioning normally.

Shortly after announcing the decision on Jammu and Kashmir, New Delhi sent an additional 8,000 troops to join the contingent of more than 35,000 already deployed there.

Last night, the Governor of Jammu and Kashmir Satya Pal Malik had also reviewed the situation with top army commanders, who briefed him on the security situation following the abrogation of Article 370.

Kashmir has been a bone of contention between rivals India and Pakistan since they gained freedom from British rule in 1947. They ruled it in parts but claimed the entire region.