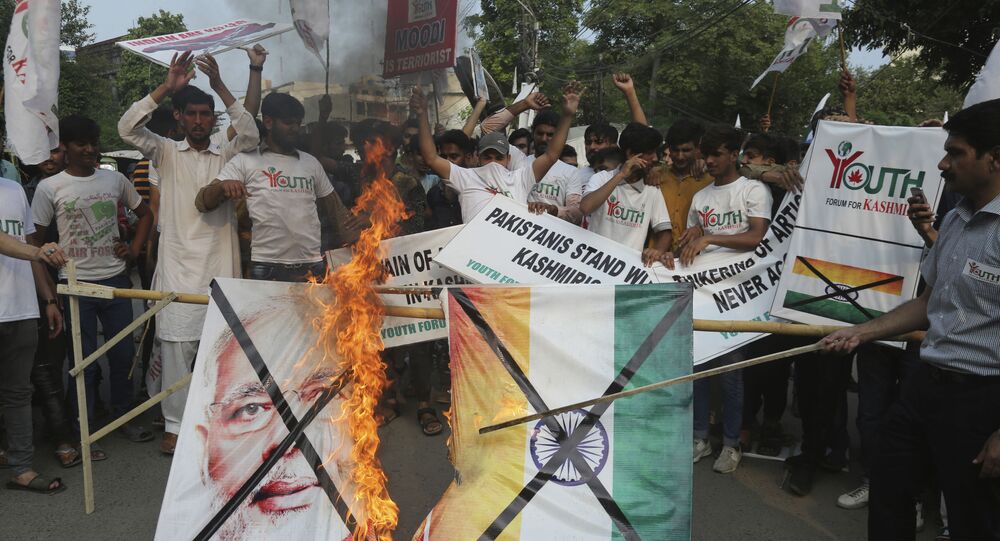 "The Foreign Secretary also condemned the preceding pre-meditated steps including the complete lock-down of Kashmir, the deployment of an additional 180,000 troops, the imposition of curfew, the house arrest of Kashmiri leaders and the suspension of communication services," a statement issued by the foreign ministry reads.

Abbas called upon India to halt and reverse "its unlawful and destabilising actions, ensure full compliance with UN Security Council resolutions," and refrain from any further action that could entail serious implications.

Pakistan is vowing to exercise every "possible option" at its disposal to counter India's move to change the special status that has existed in Kashmir since 1947.

Meanwhile, Pakistan Prime Minister Imran Khan has talked to Turkey President Recep Tayyip Erdogan and brought him up to date on the situation in Kashmir.

"President Erdogan has shared his concerns and offered his steadfast support to Pakistan,” said the Pakistan's Prime Minister's spokesman.

Article 370 of the Indian Constitution provided special status to Jammu and Kashmir. The law granted the state its own decision-making rights in various areas with the exception of defence, foreign affairs and communications