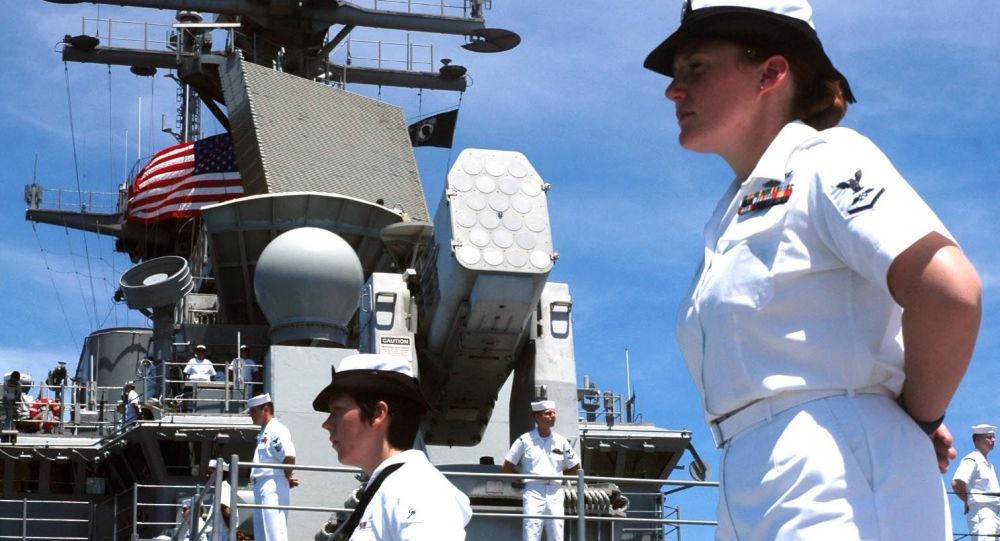 Before taking off for his Australia trip, US Defence Secretary Mark Esper said that the Pentagon was looking to deploy intermediate-range conventional missiles at locations across Asia and the Pacific in the coming months, amid ongoing regional tensions between Washington and Beijing.

The US has begun negotiations with the Federated States of Micronesia, the Marshall Islands and Palau on the renewal of a major political, economic and military pact governing relations between the countries, Secretary of State Mike Pompeo has announced.

“Today, I am here to confirm the United States will protect your sovereignty, your security, your right to live in freedom and peace,” Pompeo said, speaking to reporters in Pohnpei State, Micronesia on Monday.

“I’m pleased to announce the United States has begun negotiations on extending our respective compacts of free association with each country…They sustain democracy in the face of Chinese efforts to redraw the Pacific,” the secretary of state noted, referring to the treaties governing relations between Washington and the tiny Pacific island nations strewn across the Pacific.

“Your small islands are big strongholds of freedom,” Pompeo said, adding that the US wants “to help nations in the Indo-Pacific to continue their decades’ long rise.”

The Compacts of Free Association treaties, the first of which was signed in the mid-1980s, were reached with the island territories after they were granted formal independence from the US (a process lasting from 1979 to 1994). They will be up for renewal starting in 2023-2024. Along with their political and economic provisions, the agreements allow the US military to maintain its exclusive access to the island nations’ airspace and territorial waters, with the US providing economic aid in exchange.

The US has expressed concern over the expansion of Chinese activities in the region in recent years, with China providing favourable loan agreements to countries including Fiji, Papua New Guinea and Samoa, for example.

David Panuelo, President of the Federated States of Micronesia, told Pompeo that his country’s relationship with China was about “economic and technical cooperation,” and promised that Micronesia’s “relation with the US is first and foremost.”

Prior to independence, the islands contained a large number of US military bases, and were used extensively by the Pentagon for military testing. Parts of the Marshall Islands continue to struggle from problems associated with the radioactive debris left behind by US nuclear testing in the 1940s and 1950s, with portions of the islands said to have more radioactivity than Chernobyl and Fukushima combined.

The regional states have maintained military cooperation with the US, with the US Air Force recently building a $1 billion radar installation called ‘Space Fence’ on a tiny atoll in the Marshall Islands, and the US reportedly seeking to expand cooperation further.

On Saturday, US Secretary of Defence Mark Esper announced that the Pentagon wanted to deploy US ground-launched intermediate-range missiles in Asia and the Pacific, saying he would “prefer” a time frame of “months” for the deployment to be completed, but admitted that “these things tend to take longer than you expect.” Esper did not specify where exactly the missiles could be placed. On Monday, the Australian defence ministry ruled out its participation in the scheme.

Stretching across the Pacific to the east of the Philippines and north of Papua New Guinea, the island chains of Micronesia and Palau are situated between 1,800 and 2,000 km from the highly contested South China Sea, with the Marshall Islands further to the east. Washington has accused China of engaging in “destabilising” and “aggressive” behaviour in the region, and has demonstrably engaged in ‘freedom of navigation’ patrols in the area in recent years which China has warned were “provocative.” Along with China, portions of the strategic sea territory are claimed by the Philippines, Malaysia, Brunei and Vietnam, as well as Taiwan.