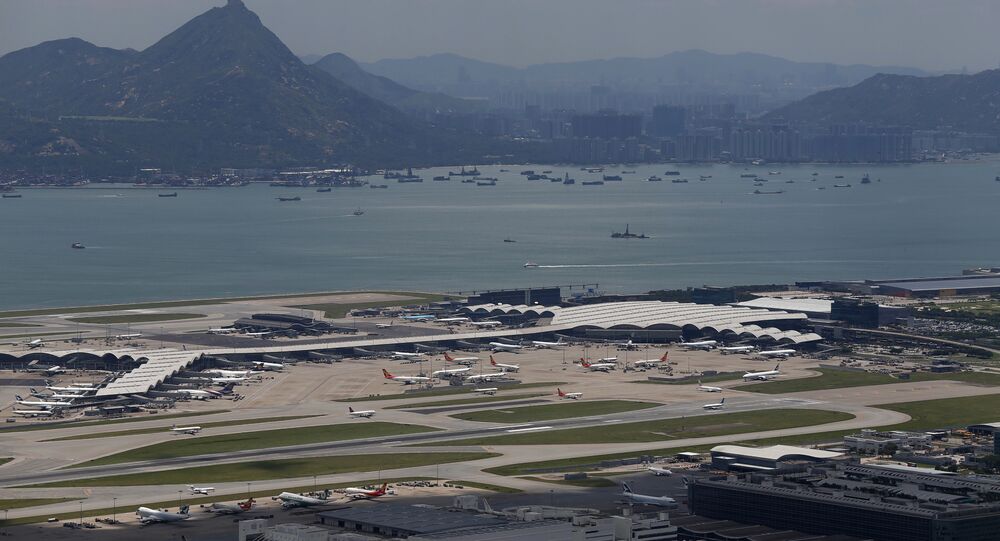 The Hong Kong International Airport canceled more than 100 flights on Monday morning, according to a statement issued by one of the world's busiest airports.

"Potential circumstances on Monday, 5 August might affect airport operation. The Airport Authority advises passengers to check with their airlines for the latest flight information, and to proceed to the airport only when their seats and flight time have been confirmed", the statement said.

However, the airport has not given further details on the reasons behind the mass flight cancellations.

Accroding to AFP, an airport spokesman did not give any reason for the cancellations but said passengers should check to see if their flight was departing.

On Saturday, Hong Kong police reported that the protesters - who took to the streets for the ninth consecutive weekend to demand that the government give up completely the notorious bill on extraditions to mainland China - severely disrupted traffic in the city. Shortly after, police said they had to fire tear gas in a bid to curb arson and public unrest near Tsim Sha Tsui Police Station.

Earlier this week, more than 1,000 protesters crowded into the international airport, greeting visitors to Hong Kong with anti-government chants in an effort to raise awareness of their pro-democracy movement, AP said.

Mass rallies erupted in Hong Kong in early June as the authorities were considering adopting a bill that would allow the autonomous Chinese city to extradite suspects to jurisdictions with which it did not have an extradition agreement, including mainland China. Pressured by the protests, the government indefinitely suspended the bill, while Hong Kong Chief Executive Carrie Lam issued a public apology. However, the protesters still demand the complete withdrawal of the extradition amendments.

According to Reuters, Hong Kong authorieties are preparing for major disruptions to business on Monday as a general strike threatens to paralyze significant parts of the Asian financial hu.