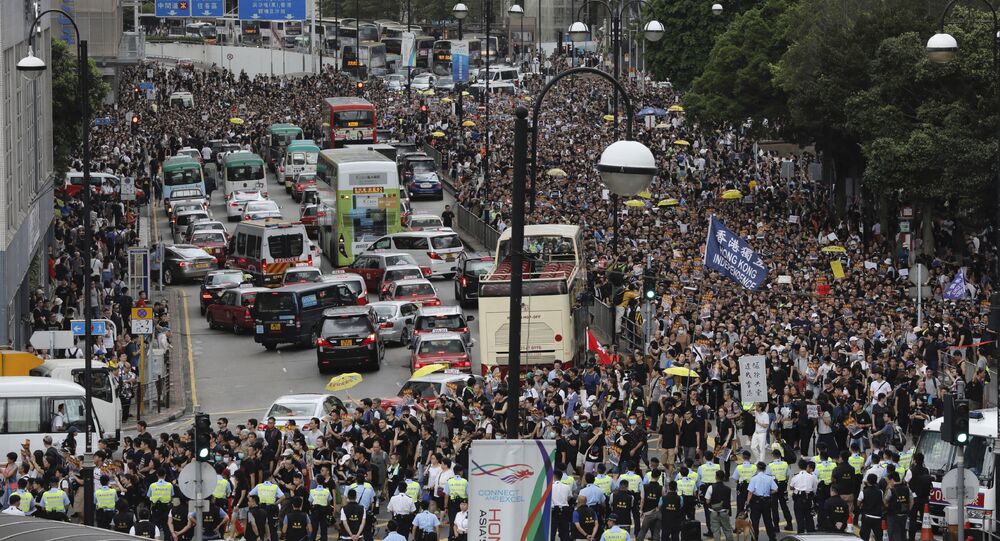 BEIJING (Sputnik) – Protesters built on Saturday barricades on the streets of Hong Kong, thus blocking traffic in the city, including in the Cross-Harbour Tunnel, which connects Hong Kong with mainland China, local police said.

"Some protesters blocked the entrances of the Cross-Harbour Tunnel, causing serious obstruction to the traffic. Some other protesters have removed railings from roads and set barricades at various junctions of Nathan Road, seriously obstructing traffic. Their behaviours have already paralyzed the traffic and seriously affected emergency services", police said in a statement.

Police called on the protesters to stop blocking traffic and respect the rights of other people.

"Other members of the public should avoid traveling to the area and stay tuned to the latest situation", the statement stressed.

Mass protests in Hong Kong started in June as a reaction to new amendments to extradition laws that, if passed, would allow people to be extradited to Taiwan, Macao and mainland China.

The Hong Kong government eventually relented, suspending the amendments, but the protesters remain intransigent and demand the complete abandonment of the initiative.