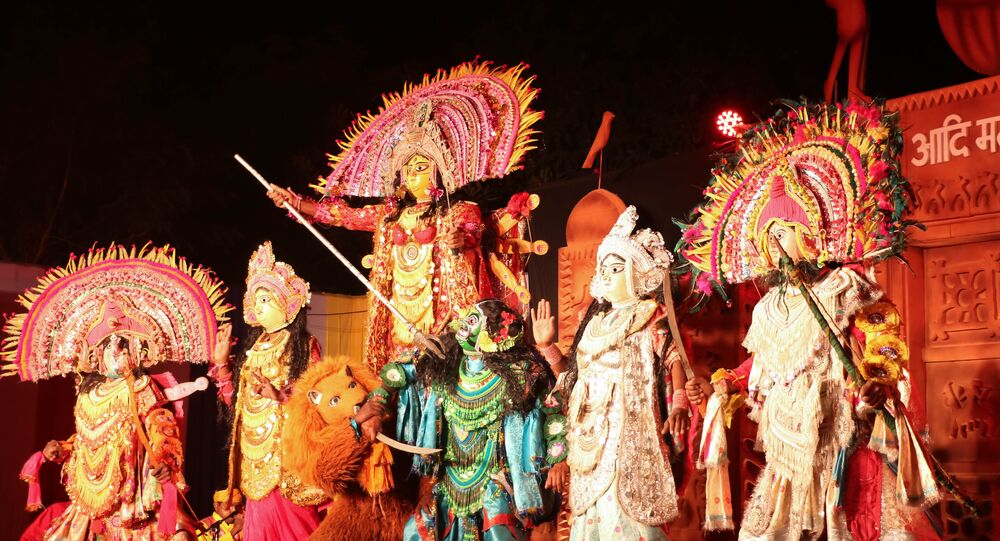 The tensions in Kashmir escalated after Indian and Pakistani forces clashed along the Line of Control in the disputed region, accusing each other of breaking the ceasefire.

The regional government of disputed Jammu and Kashmir has suspended the Machail Yatra pilgrimage to the temple of Goddess Durga, saying that tourists "may curtail their stay" and "return as soon as possible".

The Indian government has confirmed that 10,000 military reinforcements have been sent to the region amid the terror threats, while media reports said that up to 25,000 additional troops had been deployed in Jammu and Kashmir.

The security boost comes on the heels of the authorities suspending a Hindu pilgrimage to the cave shrine of Amarnath, which attracts thousands of people every year. India's military head in Kashmir, Lieutenant General Kanwal Jeet Singh Dhillon, said a sniper gun and a mine with Pakistani markings had been found on the pilgrimage route.

Tensions between the two nations escalated in February after the Pakistani military downed two Indian warplanes in the disputed Kashmir region following an IAF airstrike against what New Delhi claimed was a Jaish-e-Mohammad militant camp.

© REUTERS / MUKESH GUPTA
Hindu pilgrims treck through mountains to reach the Amarnath cave shrine where they worship an ice stalagmite that Hindus believe to be the symbol of Lord Shiva, at Sangam Top in the Kashmir region, July 6, 2019

India has blamed Islamabad for supporting terrorists and having a "direct hand" in a deadly attack on the Indian paramilitary police force in Jammu and Kashmir, which Pakistan denied.

The Kashmir issue dates back to 1947, when both countries became independent from Britain and later claimed the region belonged to them.