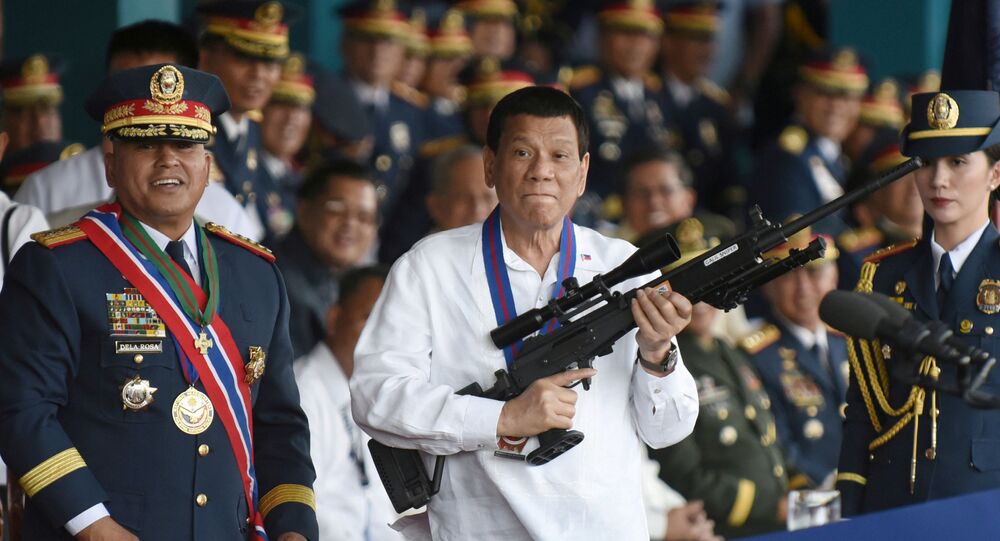 The Philippine president, who has developed a reputation for his impromptu caustic remarks, has once again used stern language to blast a local lawmaker.

Rodrigo Duterte has launched a scathing attack on a Filipino politician, currently serving as a Senator of the Philippines, Dick Gordon, who questioned the "dangerous" appointment of some ex-military and police officers to senior government positions, the Manila Standard reported.

During his speech to the country's Bureau of Fire Protection on Thursday, the Philippine president mocked Gordon's weight, saying that he's "a fart away from disaster", and called the senator a "smart ass" who "walks like a penguin".

"My brain stays in my head. Your brain, Dick, is melting and goes to your stomach. You are a fart away from disaster. You are just a fart away. Your body cannot fit in an ambulance. Place him in your fire trucks", Duterte said.

Local media also suggest that Gordon remarked that Duterte "comes from the province" and does not know enough people in Manila, the country's capital, who could take the government posts.

"The only problem with the president, his bench is shallow. He comes from the province, he doesn't know people, so he relies on the military", Gordon said earlier this week.

The president, for his part, hit back by saying that it is his right to make those appointments and made sarcastic comments about Gordon's own heritage; the senator's father was a half-Jewish American.

According to Coconuts Manila, at one point, Duterte claimed that senator is the highest position Gordon would ever be able to reach.

Gordon, meanwhile, has shared an extensive post on his Facebook page to say that he's not offended by Duterte's comments and still considers him a friend.

Duterte is well known for his crude remarks: the Filipino president once ordered to shoot female rebels in their vaginas to render them "useless" and called former US President Barack Obama a "son of a wh*re" ahead of a regional summit in Laos in September 2016.