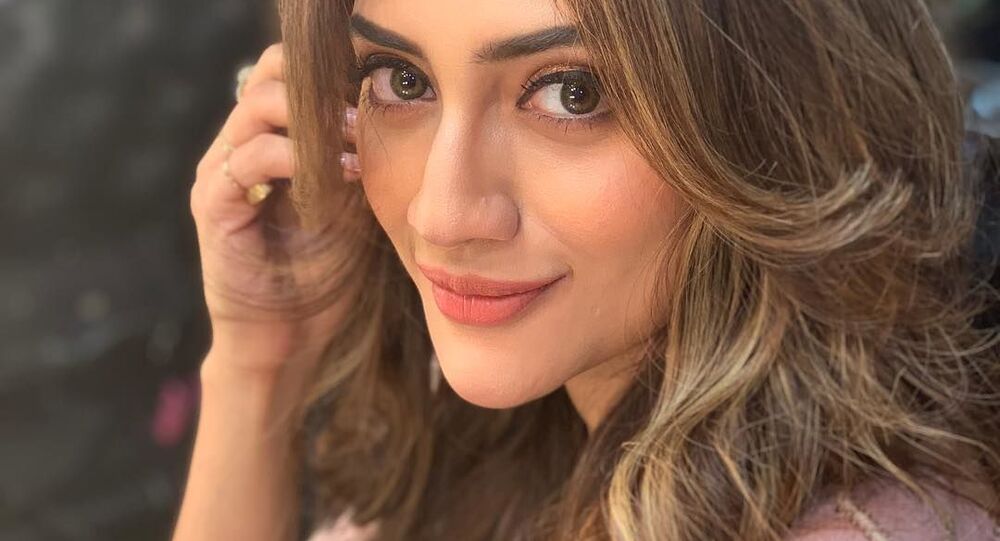 The newly-wedded parliamentarian, representing West Bengal state, also preferred boldly taking on those who made a hue and cry over her dressing style, which was nothing but her individual choice to be as she wished to be. She was trolled for dressing fancily in the parliament.

The actress from Tollywood, Bengali language cinema, added the oomph factor to the pictures by donning a striped crop top over a black bralette while soaking up the sun.

The actress, however, didn’t do away with the Indian tradition of wearing traditional wedding bangles and sporting red vermilion on her forehead during her honeymoon shoot.

Its better to have ur head in the clouds and know where u are.. paradise has nvr been abt places,it exists in moments,in connection, in flashes across time.. pic courtesy hubbilicious @nikhiljain09

Mimi Chakraborty, a first-time legislator and close friend of Nusrat Jahan, was not to be left far behind, who also shared an Instagram post of herself dancing to the tunes of Camila Cabello’s "Senorita".

Nusrat Jahan had recently faced backlash from Muslim clerics, who called her ''un-Islamic" for marrying a non-Muslim. She married Nikhil Jain in a private ceremony in Turkey on 19 June. After their fairy-tale wedding, the newlywed hosted a grand wedding reception in Kolkata attended by many celebrities from various walks of life, including West Bengal Chief Minister Mamata Banerjee.

Towards a happily ever after with @nikhiljain09 ❤️

Priyanka Chopra Sweats It Out to Have The Perfect Bikini Body