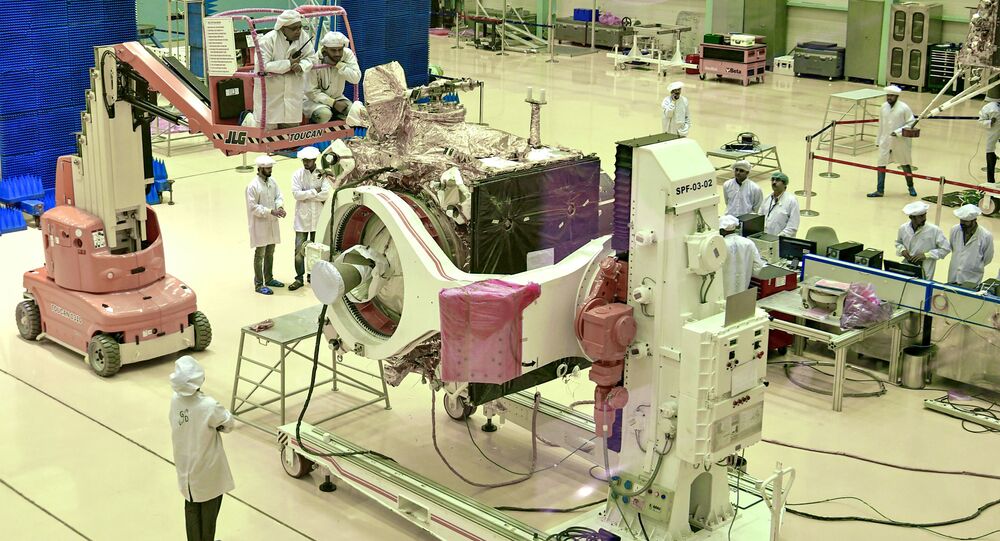 New Delhi (Sputnik): In a bid to take space co-operation with Russia to the next level, the Indian government has approved the setting up of an ISRO Technical Liaison Unit (ITLU) in Moscow. The two countries have signed an agreement to select and train astronauts for the Gaganyaan programme, which is expected to cost more than $1.31 billion.

India’s cabinet approved the decision on Wednesday with an eye to the ISRO's upcoming Gaganyaan manned mission to space. Russia has been providing critical support to the Indian agency.

"ISRO’s Gaganyaan programme requires the development of some of the key technologies and establishment of specialised facilities, which are essential to support life in space," said the Indian government in a statement.

The space agency plans to launch the manned mission by August 2022. The Indian government said that it was prudent to engage in technical cooperation with International space agencies that have already demonstrated their technical capabilities.

"Russia, being one of the spacefaring nations, it is envisaged to collaborate with Russia extensively in various fields of relevance," the statement added.

While signing a formal contract with Glavkosmos in early July, ISRO Chief K Sivan said that the Russian firm will select and train astronauts for the Gaganyaan programme, which is is expected to carry three astronauts into space for seven days.

The ISRO Moscow office, which is to be managed by an ISRO scientist/engineer designated as “Counsellor (Space)” will allow the space agency to boost co-operation in other areas. ISRO recently launched Chandrayaan-2 to explore the South Pole of the moon and is aiming to launch missions to other planets.

India plans to expand its space cooperation with other nations as well as Russia and ISRO has set up similar offices in Washington and Paris to liaise with various government and space agencies in both the United States and Europe.