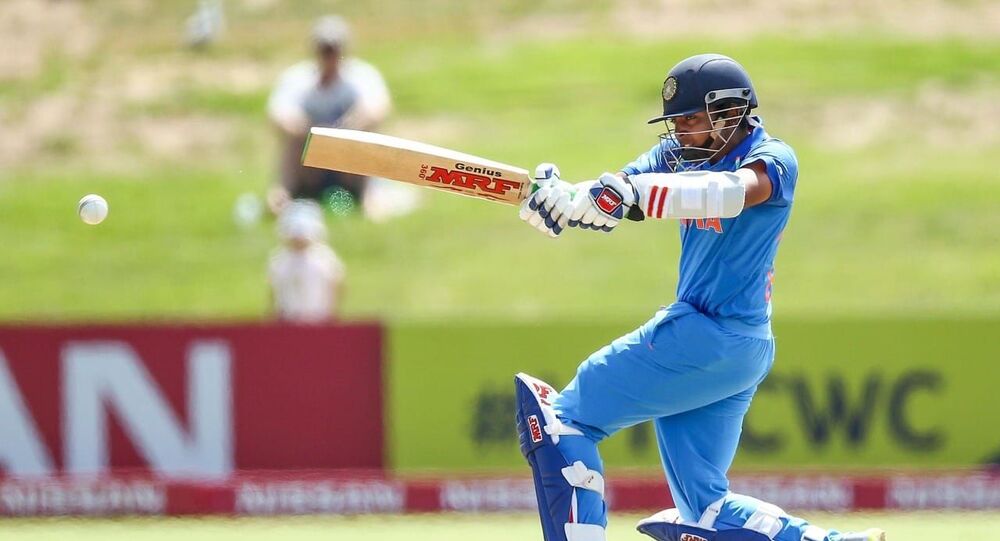 New Delhi (Sputnik): A day after being found guilty of doping and banned from playing all forms of cricket for eight months by India's top cricket governing body, promising batsman Prithvi Shaw’s fans have taken to social media to support him.

Most of the fans sympathised with the cricketer and took to social media to express their support for the youngster who reportedly took cough syrup, without realising it could end up with him being caught up in a doping scandal.

The 19-year-old, who only made his test debut last year, admitted on social media that he was suspended by the Board of Control for Cricket in India (BCCI). He, however, sought to clarify to his fans that it was drinking a cold and cough syrup, which caused him to fail the dope test.

After learning about what had actually transpired, a section of his followers came out in support of the batsman.

Gud that u hav come up wit dis. Mistakes does happen and specially wen it’s sports related substances. I’m sure u will come back more focused and stronger. Best wishes always 😊

You have learnt from your mistake now come back stronger. 💪👍

Get well soon from your injury. 💐

Don't worry prithvi it's a part and parcel of the game even Shane worn has faced this,you didn't do this Intensioly so move it from this and keep focusing your game, you are the future of Indian cricket keep practising we'll see you shortly in Indian team.

I am impressed sir. Instead of crying victim you rightly accepted your responsibility.

I trust you fully that it was mistake. But you took this opportunity to spread awareness among other sportsperson.

On Tuesday, India’s cricket governing body BCCI banned Shaw from all forms of cricket until 15 November for failing the doping test.

Shaw had earned plaudits for becoming the second-youngest Indian cricketer after the legendary Sachin Tendulkar to make a Test century which he scored against the West Indies in his debut match in 2018.

The dope test came back positive for Terbutaline, a banned substance on the World Anti-doping Agency (WADA) list.

Shaw, however, escaped a two-year ban due to it being his first offence and after admitting in a statement that he did not ingest Terbutaline to boost his performance but rather he “inadvertently” consumed it.