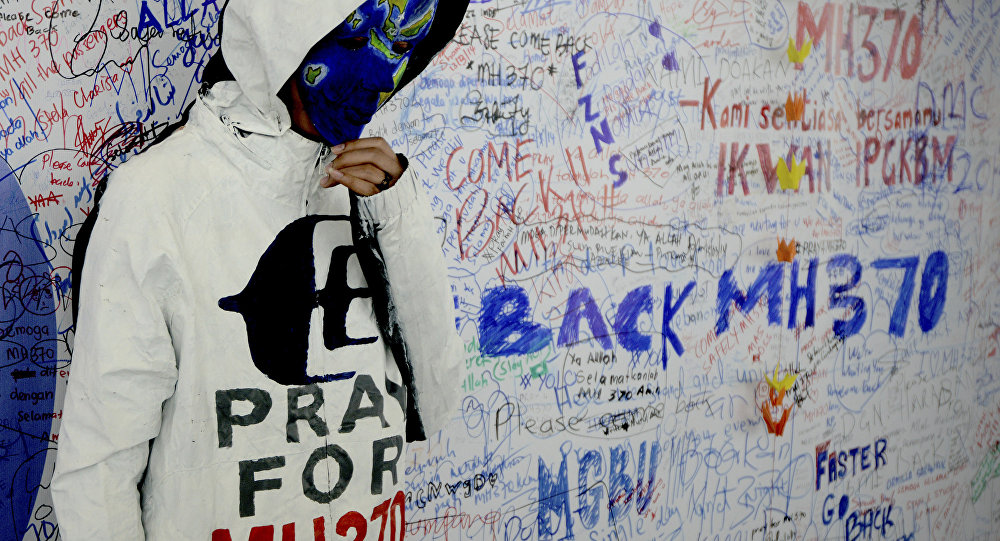 Pondering on the chain of events that led to the plane’s disappearance, the author argued that without learning why the person piloting the airliner performed a certain manoeuvre, one may never find out what fate ultimately befell Flight MH370.

Commenting on the enigmatic disappearance of a Malaysia Airlines Boeing 777 in 2014, pilot and author Sylvia Wrigley, who previously compared all the secrecy surrounding this event to Area 51 conspiracy theories, has recently suggested that one particular factor currently makes this mystery "impossible to solve," according to the Daily Star.

During an interview with the newspaper, Wrigley likened the MH370 disappearance mystery to a jigsaw puzzle where "we've put together the four corners and most of the edging".

"If it was a plot, then why hasn't anyone spoken up? If it was suicide, then why take so many risks and go such a long-winded away about it? If it was alien abduction, then why are they so damn incompetent after all these years?" she inquired.

As Wrigley explained, it all comes down to discovering the reason why the pilot turned the airliner around prior to the disappearance, as "the person in control of the aircraft had a reason — get back to the home airport, fulfil the demands of hijackers, disappear from the known route, or something else we haven't thought of."

"My personal belief is that something else went wrong, some other unexpected event which interrupted the course of events. What we need to know, if we are going to unravel this, is the motive behind that first turn", she said. "Without knowing why Captain Shah or someone else turned off course in the first place, we can't make sense of what happened next and why that plan, whatever it was, was interrupted".