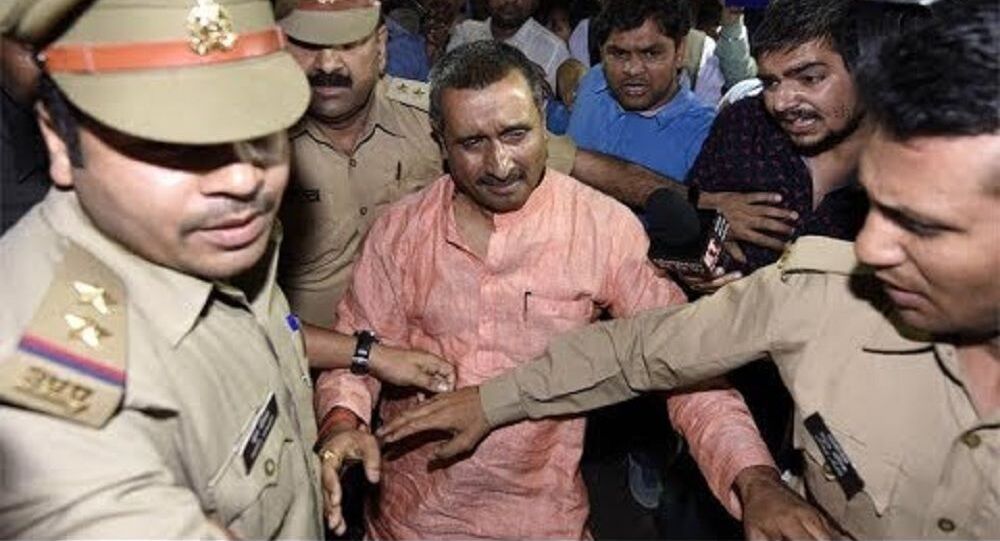 The mother of the survivor accused BJP legislator Kuldeep Singh Sengar of plotting to "eliminate" her daughter, who is now on a ventilator in a hospital in Lucknow, the state's capital. One of the two deceased aunts of the girl was a witness in the rape case.

"It was not an accident, but a conspiracy to eliminate all of us... The son of a co-accused in the case, Shahi Singh, and another youth in the village had threatened us...I have got to know that the lawmaker got it done. He is doing everything from inside jail," the news agency Press Trust of India quoted the mother of the victim as saying.

On Monday police said that two people had been killed in the 28 July accident, while the victim and her lawyer were critically injured when a speeding truck crashed into their car in Rae Bareli. State police Chief O.P. Singh said he had ordered an enquiry into the accident as suspicion has grown. Surprisingly, three security personnel who were provided to the victim were not accompanying her at the time of the collision.

The victim accused Sengar of rape in 2017 and tried to set herself on fire outside state Chief Minister Yogi Adityanath's residence in April 2018 to draw his attention to her plight, when police did not open a case against the influential legislator for a year. Sengar has been in prison since outrage over the case grew.

"The road accident involving the Unnao rape victim is shocking. Where has the CBI probe in this case reached?" she asked on Twitter. "Why is the accused MLA still in the BJP? Why is there laxity in the security of the victim and the witnesses?" "Can you hope for any justice from the BJP government without an answer to these questions," the Congress leader added.

Senior journalists have also pointed out lawlessness in the state.